West Japan Railway has installed a video surveillance camera system at Kyobashi station in Osaka in order to observe signs of drunkenness on train platforms. 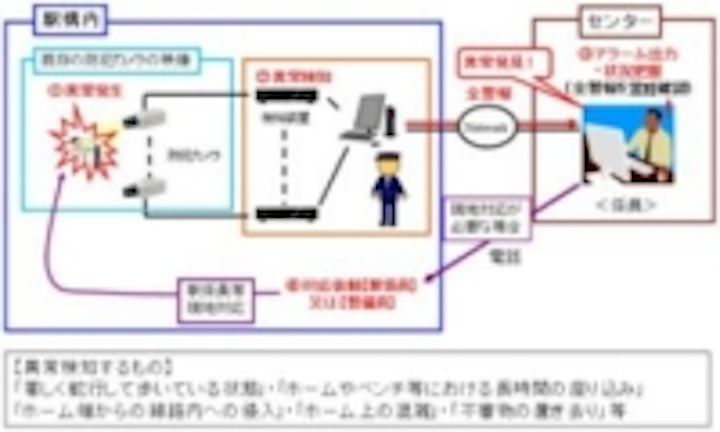 Seen on Wall Street Journal:Typical signs of drunkenness on train platforms may now be detected via automated security cameras at Kyobashi station in Osaka, as part of West Japan Railway’s efforts to prevent accidents.

West Japan Railway has installed a video surveillancecamera system at Kyobashi station in Osaka in order to observe signs of drunkenness on train platforms.

While on the surface it seems like this would be a funny headline or story, the motive behind the installed of the automated camera system is more serious. Starting in April 2013, according to The Wall Street Journal, there were 221 cases in which passengers on platforms were hit by trains. This was caused either by getting too close to the edge of the platform, or falling off, and about 60% of those hit were drunk at the time.

The system, which will reportedly not be used to identify people in any type of way, is only installed in the Kyobashi station, which is located near one of Osaka’s entertainment districts, but the railway company will consider installing similar systems in the future.

This is an interesting idea. What would happen, though, if the camera system identified someone who was visibly intoxicated, but does not fall or come close to danger? Do they not get let onto the train? I’m sure there are plenty of folks out there who would support this!