Page 2: How "The Martian" used multispectral imaging technology from NASA 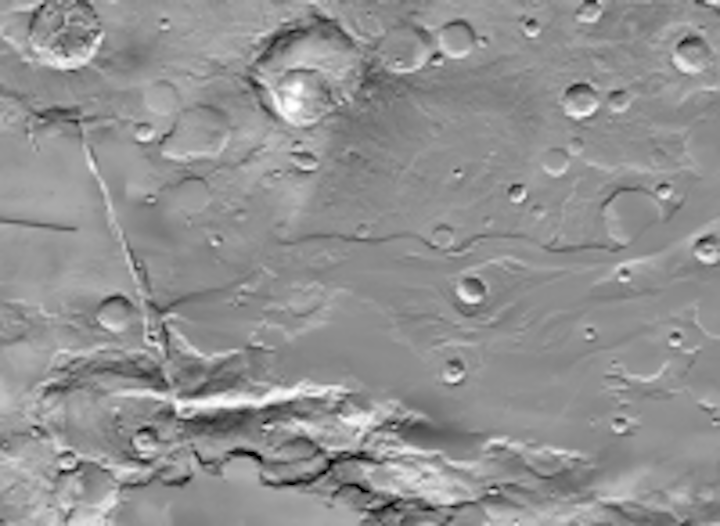 THEMIS’ telescope is a three-mirror anastigmat with a 12-cm effective aperture and a speed of f/1.6.A calibration flag, the only moving part in the instrument, provides thermal calibration and is used to protect the detectors from directillumination from the Sun. The electronics provide digital data collection and processing as well as the instrument control and data interface to the spacecraft.

The Martianis a 2015 American science fiction film directed by Ridley Scott, starring Matt Damon. The movie is based on a 2011 novel of the same name written by Andy Weir, which tells the story of an astronaut (Damon) who is incorrectly presumed dead and left behind on Mars, and who then fights to survive. In The Martian, THEMIS images and mosaics appear briefly in a few scenes.

"I spotted one or two images framed and hung on the wall of the NASA director's office," said Robert Burnham, manager of media relations for ASU. "One is a mosaic of either Tooting Crater or Bacolor Crater."

A third THEMIS image (above) plays a role in the plot and is show in a scene where the director of Mars operations measures the photo with a ruler to see where Matt Damon’s character Mark Watney is headed, which was to the old Mars Pathfinder landing site, to scavenge the spacecraft for parts.

"The image he uses is actually the THEMIS mosaic of Mangala Fossae and Valles, a long way from the Ares Vallis outwash area that the real Pathfinder landed at," Burnham said. "Oh well, this is Hollywood."

THEMIS has achieved a longer run of observations than any previous instrument at Mars, according to ASU professor Philip Christensen, the instrument's principal investigator. Additionally, Odyssey, on which THEMIS is carried, is in good shape and has enough propellant left on board to orbit the Red Planet for another decade, according to NASA.