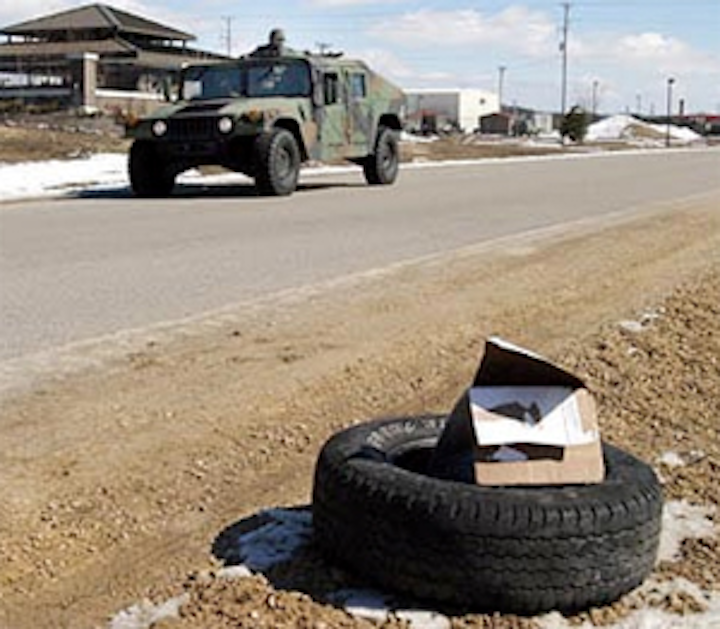 Under the contract Block will adapt its LaserScan spectrometer to detect recently dug up soil from a distance, which on dirt roads is a possible indicator of a buried explosive hazard, also called an Improvised Explosive Device (IED).

Buried IEDs have been a major cause of death of US troops. Although techniques exist to find buried objects, these techniques can often be fooled.

According to Petros Kotidis, Block's CEO, the contract will enable the company to miniaturize and ruggedize to military specs the LaserScan so that it can be used by dismounted soldiers. Eventually the product will also be mounted on ground vehicles, including small robots, to aid route clearance operations and protect military convoys.

The contract will be managed by the Army's Night Vision and Electronics Sensors Directorate (Ft. Belvoir, VA, USA) and the Sentel Corporation (Alexandria, VA, USA).

The UK-based Engineering and Physical Sciences Research Council (EPSRC) has formed a partnership with Find A Better Way (FABW) -- a charity founded by Sir Bobby Charlton -- to fund one or more research projects focused on new ways of detecting landmines.

Researchers at the Department of Computer and Communications Engineering at the American University of Science and Technology (Beirut, Lebanon) have developed a vision system for a landmine detecting robot.