NASA’s Atmospheric Infrared Sounder (AIRS) instrument aboard its Aqua spacecraft captured satellite images of Super Typhoon Haiyan right around the time it was approaching the Philippines on November 7, showing a glimpse of one of the most powerful typhoons ever recorded. 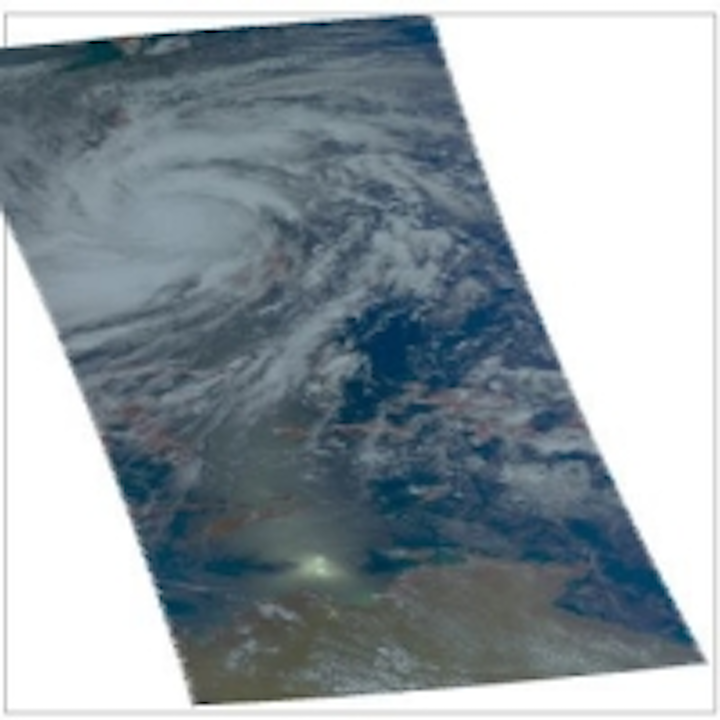 NASA’s Atmospheric Infrared Sounder (AIRS) instrument aboard its Aqua spacecraft captured satellite images of Super Typhoon Haiyan right around the time it was approaching the Philippines on November 7, showing a glimpse of one of the most powerful typhoons ever recorded.

TheAIRS instrument is an advanced sounder containing 2,378 infrared channels and four visible/near-infrared channels. It was designed by BAE Systems to capture temperature profiles within the atmosphere. A scan mirror on the AIRS system rotates around an axis along the line of flight and directs infrared energy from the Earth into the instrument. As Aqua moves along, the mirror sweeps the ground creating a scan “swath” which extends roughly 500 miles (800 km) on either side of the ground track. Inside the instrument, the infrared energy is separated into wavelengths and that information is transmitted from AIRS to the Aqua, which then relays it to the ground at a rate of 1.27 Mbps, according to NASA’s Jet Propulsion Laboratory.

Its data volume is 11 MB per granule and 2.6 GB/day and its data rate (12-bit analog-to-digital converter) is 119 kbps before formatting.

Typhoon Haiyan hit the Philippines around the time that these images were captured, causing catastrophic damage. Weather officials from the U.S Navy Joint Typhoon Warning Center reported that maximum sustained winds hit speeds of 195 mph (314 kilometers per hour) and gusts up to 235 mph (379 kilometers per hour.) More than 4,000 have been reported dead and it is feared that the actual numbercould be much higher. For those interested in helping the typhoon survivors click here.