Looking to produce a more robust version of the LS3 vision-guided robot, the Defense Advanced Research Projects Agency (DARPA) has awarded Boston Dynamics with a $9,983,844 contract. LS3 robots “see” via a pair of stereo cameras, a computer, vision software, and a LIDAR system. 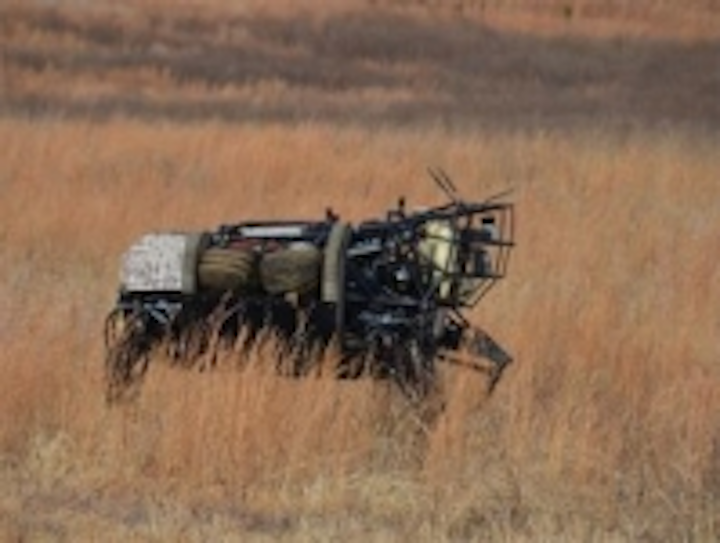 Looking to produce a more robust version of the LS3 vision-guided robot, the Defense Advanced Research Projects Agency (DARPA) has awarded Boston Dynamics with a $9,983,844 contract.

Boston Dynamics LS3 program seeks to demonstrate that a legged robot can unburden dismounted squad members by carrying their gear, autonomously following them through rugged terrain, and interpret verbal and visual commands, according to the U.S. Department of Defense.

Specifically, DARPA states that it wants to see the development of an enhanced version of the LS3 robot—which is an enhanced version BigDog military robot—with increased reliability and usability, enhanced survivability against small fire arms, and a quiet power supply to support stealthy tactical operations.

How will LS3 “see?” We can look to its predecessor, the BigDog, to get an idea. BigDog has an integrated stereo vision system and a LIDAR system. The vision system was developed by NASA’s Jet Propulsion Laboratory and features a pair of *stereo cameras, a computer, and vision software. The system can be used to acquire the shape of the 3D terrain just in front of the robot, and also to find a clear path forward. LIDAR is used to allow the BigDog to follow a human leader without requiring the operator to drive, according to a research paper on the robot.

The LS3 prototype, which is being referred to as “AlphaDog,” completed its first outdoor assessment in January 2012 when it climbed and descended a hill while testing its vision capabilities. Completion of the project, which will take place in Waltham, Mass., is expected to be completed by March 31, 2015.