At RoboCup 2013, teams from seven different U.S. universities are pitting their robots against each other in tournament soccer matches. 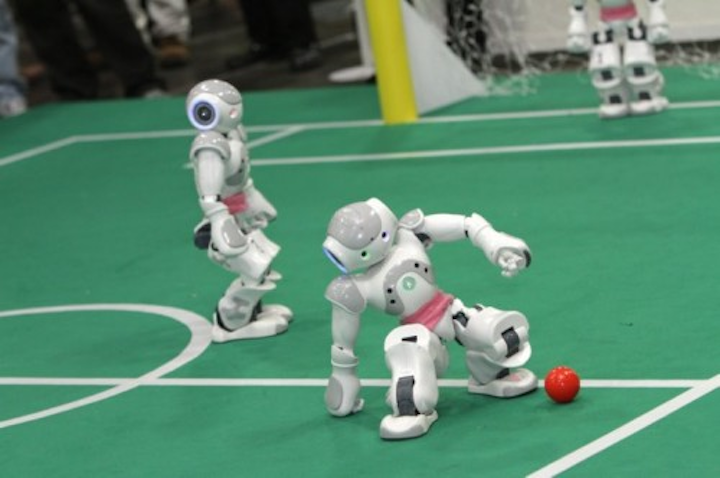 At RoboCup 2013, teams from seven different U.S. universities are pitting theirrobots against each other in tournament soccer matches.

The tournament matches competitors based on size and virtual skills, including 2D simulation, 3D simulation, small robots, and humanoid robots. The humanoid robots come in kid size, teen size, and adult size. These robots feature Wi-Fi modules and two wide-anglecameras that provide communication and vision. On the field, teams of robots are identified by their color pattern on their shells, and the robot’s cameras capture these colors and send information back to a computer system that manages communication, according to the CBS News article.

A human referee manages the game by sending signals to the central computer, and at halftime, teams can check their robots batteries). Personally I would have a tough time refereeing a soccer match, never mind a game between robots, not people.

The teams of students and developers eventually plan to merge their technologies to create robots capable of defeating skilled human players.

I’m hoping that these can be developed a bit ahead of schedule. Manchester United could use the competition!