Canadian police use UAV to find family lost in forest

Two months ago in July, the Royal Canadian Mounted Police in Nova Scotia unveiled a new fleet of vision-enabled UAVs for purposes that include crash scene investigation, search and rescue, and emergency response. A few months later, one of these UAVs successfully located two adults and their 17-month-old child in the woods. 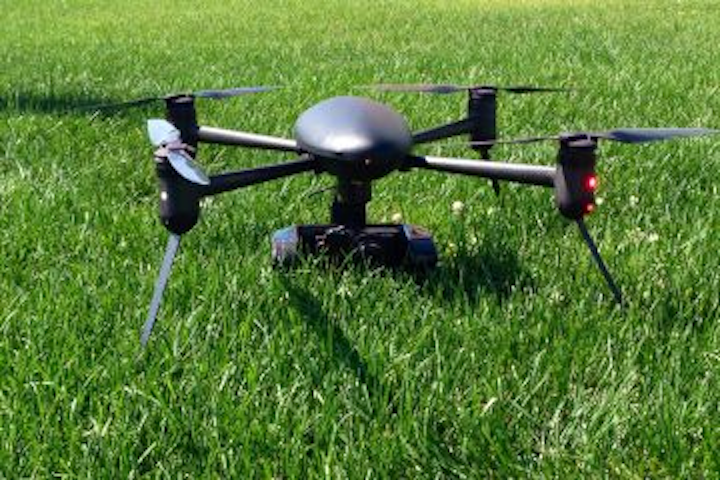 Two months ago in July, the Royal Canadian Mounted Police (RCMP) in Nova Scotia unveiled a new fleet of vision-enabled unmanned aerial vehicles (UAV) for purposes that include crash scene investigation, search and rescue, and emergency response. A few months later, one of these UAVs successfully located two adults and their 17-month-old child in the woods.

While the UAV’s manufacturer is not listed, RCMP Const. Mark Skinner told Global News in a previous article that the vehicles are equipped with either a 20.2 MPixel Sony camera or a FLIR infrared camera. In this particular instance, which involves locating lost people in a forest, a thermal imager makes the most sense, since it can identify heat signatures among the trees.

UAVs to patrol for illegal poachers in Africa

When the family went missing, the Halifax district RCMP deployed a K-9 unit to search the heavily-wooded northeast area of Topsail Lake. When this was unsuccessful, the UAV was launched and the family was located just five-and-a-half hours after they had initially called the police to tell them they were lost.

RCMP officers operating these UAVs are required to have a special certificate from Transport Canada in order to fly the UAVs, similar to how the FAA requires a Certificates of Waiver or Authorization (COA), which are available to public entities that want to fly a UAV in civil airspace. This includes for law enforcement, firefighting, border patrol, disaster relief, military training, government missions, and lastly, search and rescue. However, applications must make their request through an online process so the FAA can evaluate whether or not the proposed operation can be conducted safely.

Since I have no reason to do so, I can’t really comment on whether or not it’s easier to obtain permission from Canada or the United States. But based on the definitions of how UAVs are regulated by each country, it seems that it is much stricter in the United States. For example, the US requires that after obtaining a COA, operators must use a defined block of airspace with special provisions unique to each operation, (in most scenarios) maintain coordination with an air traffic control facility, and have a transponder on the UAV to operate in certain airspaces. In addition, because UAVs cannot currently comply with “see and avoid” rules that apply to all aircraft, a visual observer or an accompanying “chase plane” must maintain visual contact with the UAV.

While the Canadian guidelines do require plenty of information on the mission, preventative safety measures, and an emergency plan, they do not come close to meeting the stringent rules enforced by the FAA. I’m not necessarily saying that one of these is wrong and the other is right. The United States is obviously a much, much more densely-populated country, so there are more safety concerns to be considered. But, in this case, after a search and rescue mission was unsuccessfully deployed, a UAV was able to find the family just hours after they reported being missing. Any country in the world could benefit from such efficiency.