Vision-enabled snake robots will be used by surgeons to access and visualize hard-to-reach anatomical locations for minor surgical procedures. 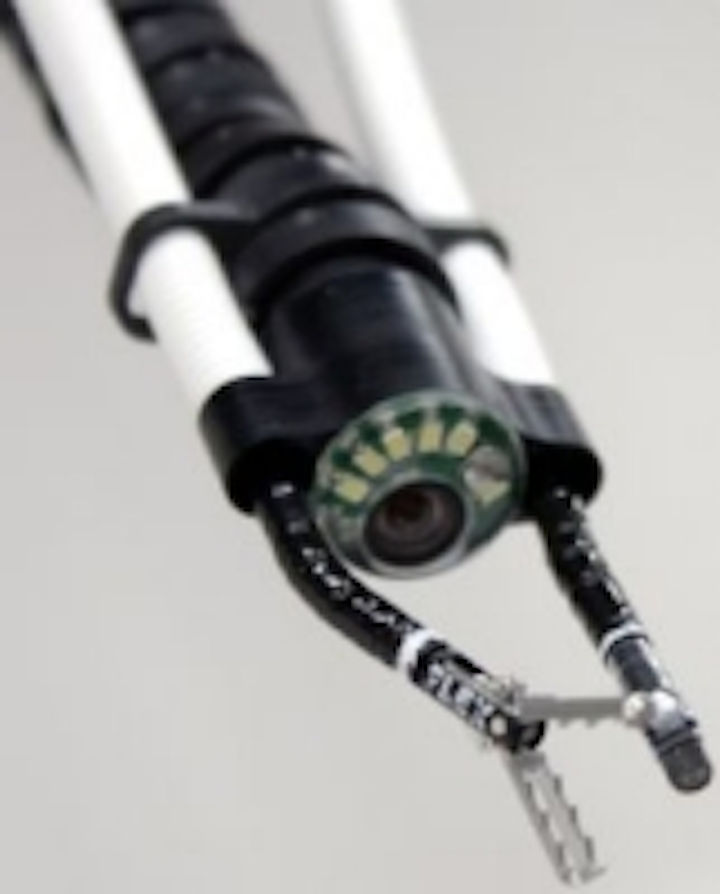 This past summer we reported on a project out of Carnegie Mellon University’s Robotics Institute which involved vision-enabled snake robots crawling through pipes and valves to inspect a nuclear power plant in Austria. Now, a robot based on the same design will be used by surgeons to access and visualize hard-to-reach anatomical locations for minor surgical procedures.

In the project—which is being led by Howie Choset of Carnegie Mellon and Alon Wolf and Dr. Marco Zenati from Carnegie Mellon spin-off Medrobotics Corp.—a flexible endoscope snake-like robot called the Flex System will be used to extend the benefits of minimally invasive surgery, according to a press release. Much like the robot that was used to inspect difficult-to-reach spaces in a nuclear power plant, this robot will be equipped with LED lighting and an HD video camera on the head of the device, with ports on either side of the camera to accommodate for cutting or grasping tissue.

Flex System robots are controlled by a physician via joystick, which allows maneuverability around organs and other obstructions. Once a robot is able to access a specific anatomical part or location, it deploys specially-designed flexible surgical instruments to perform procedures. Initially developed and tested for heart procedures, the Flex System is now being marketed in Europe on head and neck surgeries accessed through the mouth.

"The Flex System provides a unique platform to access and visualize surgical targets in difficult to reach locations, such as the oropharynx (the area connecting the mouth to the top of the throat) and endolarnyx (within the larynx)," said Dr. Marshall Strome, chairman emeritus of the Cleveland Clinic Head and Neck Institute and a Medrobotics medical adviser.