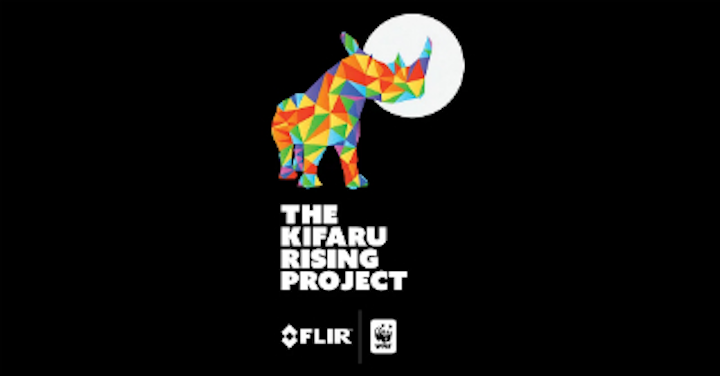 The Black rhino population currently stands at 5,400 animals, giving them "critical endangered" status. The park rangers' fight to protect the rhinos from poachers often sounds like a war. British SAS commandos have even trained sniper teams to serve in policing efforts. According to the WWF, poachers often work under cover of darkness. FLIR's thermal imaging technology can even the nighttime playing field for the park rangers.

Thermal imaging technology has already proven to be effective in Kenya's fight against poaching. Since FLIR thermal cameras were deployed at the Maasai Mara National Reserve in Kenya in 2016, more than 160 poachers have been caught by park rangers equipped with thermal imaging equipment.

Additional corporate partners are being sought for the Kifaru Rising Project, with the hope of attaining aerial drones among other supplemental technologies for thermal imaging.