In Europe and North America, Ford has begun a project to install robotic plant laser inspection technology in 17 assembly plants for a planned investment of approximately $100 million. 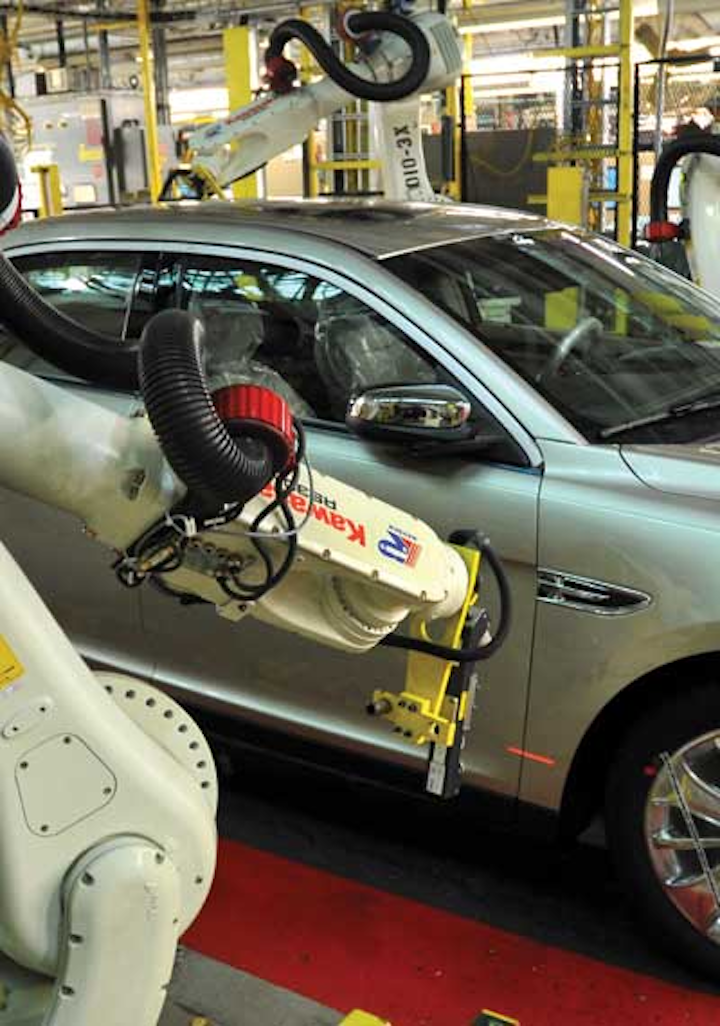 In Europe and North America, Ford has begun a project to install robotic plant laser inspection technology in 17 assembly plants for a planned investment of approximately $100 million. The new laser-based systems will provide a structured-light approach to improving the fit and finish of automobiles and reducing wind noise, which is a critical quality factor for consumers and a major industry challenge. 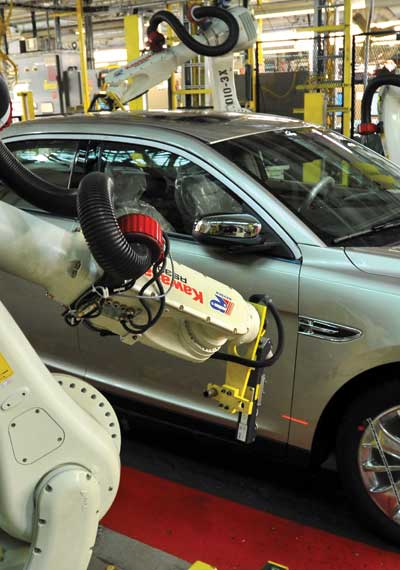 The technology was piloted at the Valencia plant in Spain, and is being used during the assembly of the Focus at Ford’s Saarlouis, Germany, plant, and its Michigan and Chicago assembly plants. The technology then will be rolled out globally.

The system, which scans 500 key areas down to 0.10 mm, builds on previous end-of-line robotics and employs lasers and cameras. In the assembly line, the robots provide the added capability of precisely inspecting the doors before they leave the station, measuring and identifying any points on the vehicle with nonconformity.