Machine-vision systems have primarily been used in industrial automation systems, but the advent of rugged, low-cost sensors, CPUs, and pneumatic actuators is broadening their use in outdoor applications such as remotely guided vehicles and agriculture. 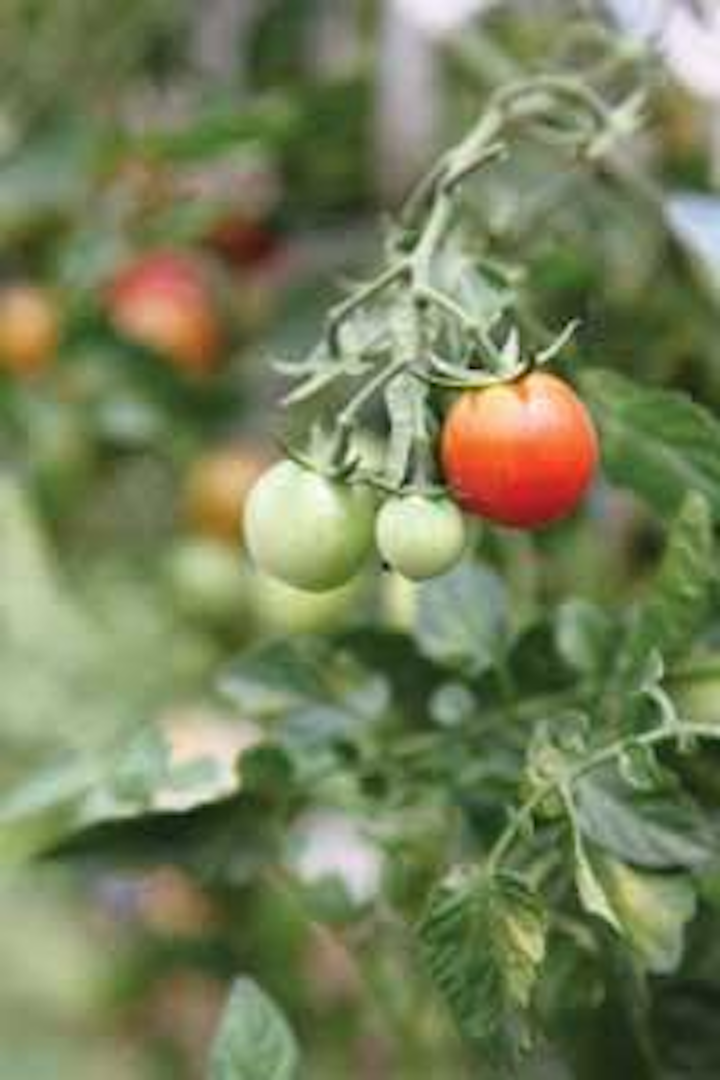 Machine-vision systems have primarily been used in industrial automation systems, but the advent of rugged, low-cost sensors, CPUs, and pneumatic actuators is broadening their use in outdoor applications such as remotely guided vehicles and agriculture. In agricultural applications, different sensors can be coupled to embedded CPUs and actuators to perform tasks such as fruit picking, autonomous harvesting, and crop control.

In a recent University of California Cooperative Extension study, it was reported that for producers of tomatoes in California’s Sacramento Valley, net returns for 2008 were 4.3% on a per acre basis. Since, according to the same report, weed control accounts for 6.6% of production costs, reducing this figure can make the difference between whether the farmer makes a profit or loss on the crop.

To reduce this figure, David Slaughter of the University of California–Davis (Davis, CA, USA; www.ucdavis.edu) and Ron Haff of the US Department of Agriculture, Agricultural Research Service (Western Regional Research Center, Albany, CA, USA; www.ars.usda.gov) have collaborated to develop an automated weeding system that uses x-rays to detect the presence of tomato stems and to control weed knives to selectively kill weeds near the tomato stems. Mounted behind a tractor, the output from the x-ray detector is input to a microcontroller that is used to control the operation of a pair of pneumatically powered mechanical weed knife blades.

To generate the x-rays, Slaughter and Haff used a Lorad 25-keV, 7-mA air-cooled portable LPX x-ray system from Hologic (Danbury, CT, USA; www.hologic.com) mounted to the side of a shielded tunnel that is pulled behind the tractor over the row of tomato plants (see figure). As the x-rays radiate across the tunnel, they are detected by an array of 32 photodiodes whose output is tied to a single point at the input of a summing amplifier.

The x-ray detection system can differentiate between leaves and stems, branches that would have caused false positive detections if a single photodiode were used. False positives are reduced using a vertically mounted linear array because branches cross the line of sight of the detector at an angle while the stem runs parallel to the array. While horizontal branches tend to block only a small number of the photodiodes in the array, the vertical stem will block them all. In addition, the stems are thicker than the branches, and these two effects create a signal difference that is sufficient to differentiate stems from branches.

To record the detector output of the x-ray detector, Slaughter and Haff used a 10-kHz 16-bit 9205 Compact RIO voltage digitizer from National Instruments (NI; Austin, TX, USA; www.ni.com) that was interfaced to a cRIO-9004 real-time, embedded controller with a 195-MHz Intel Pentium processor and 512 Mbytes of nonvolatile flash memory.

To record the location of each x-ray measurement as the tractor traversed the field, an optical shaft encoder from Grayhill (La Grange, IL, USA; www.grayhill.com) was interfaced to an unpowered pneumatic tire that traveled in the furrow behind the tractor. To measure the distance traveled and the point at which x-ray measurements were taken, this encoder was interfaced to an NI 9411 digital input module, also part of the Compact RIO system.

In operation, the noise level from the sensor array was measured at approximately ±0.03 V. When nothing blocked the x-ray beam, the signal level was about 0.3 V and dropped below 0.12 V when a tomato stem was present. When the x-ray beam is not blocked by the stem of a tomato plant, the increased output from the x-ray detectors is sensed at the microcontroller, which engages the knife blades. When this signal decreases, the knives are disengaged.

In field trials conducted using the system in a 15-m row containing 39 standing tomato seedlings, at a speed of 1.6 km/h, the detection system identified all 39 stems of standing plants with no false positives.