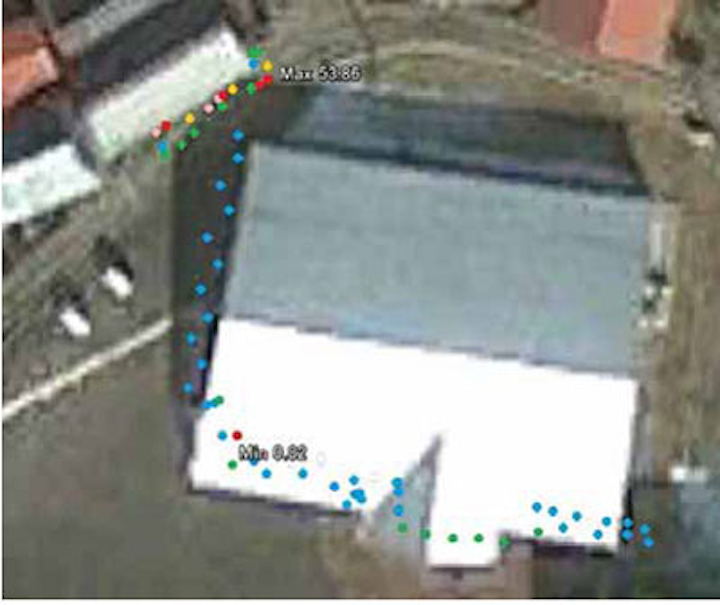 It is expected to be able to create visual images of radioactive particles that have collected at great altitudes, such as on roofs, where it is difficult to conduct measurements with existing equipment.

The camera is based on the gamma ray-observing sensor technology that will be aboard the ASTRO-H X-ray observation satellite when it is launched in 2014.

Taking advantage of its wide vision (180-degree) capability as well as its ability to distinguish gamma rays from nuclides, it can capture images of Cesium 137 (Cs-137) and Cesium 134 (Cs-134) that have widely dispersed on the ground.

The new camera was successful in capturing images of the dispersed cesium over a broader area and to a higher degree of accuracy than existing gamma cameras.