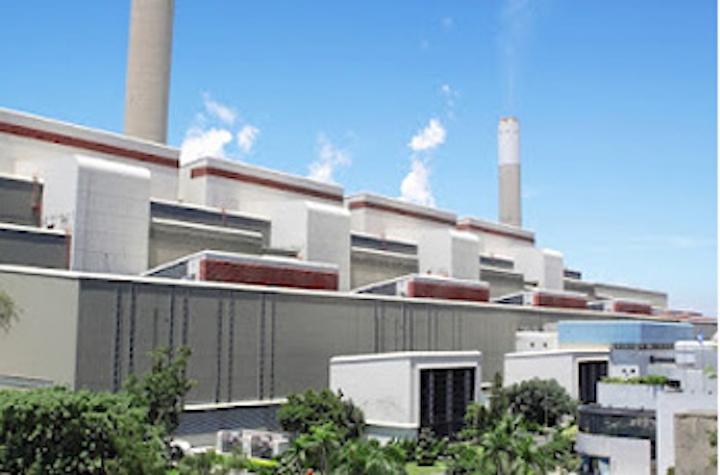 However, after the team calculated interferences, workers were able to cut away concrete from one of the plant doors and shift two sections of high-power conduits measuring 2 feet in diameter. Riggers then moved in massive turbines, with only 4 inches of clearance on either side of the turbine crate.

The long range laser scanning tool allowed the engineers to capture precise measurements of the power plant as millions of data points, after which the software allowed them to determine a path for the turbines that would avoid danger.

After interferences were eliminated, the turbines were moved into the building in about three hours. The plant never fully went offline.