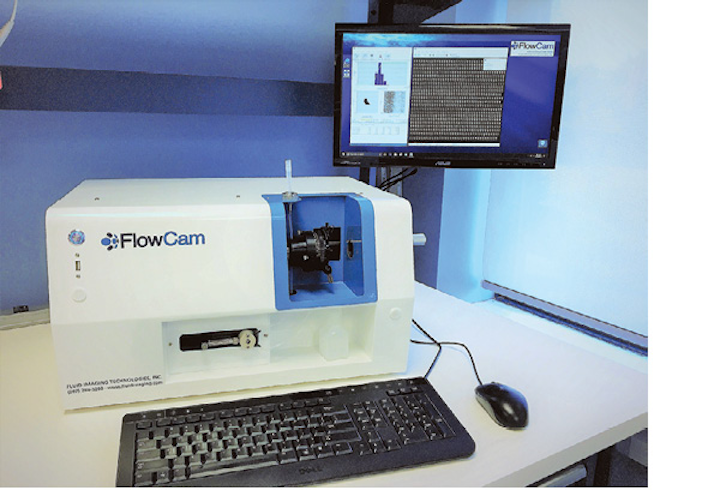 For drug formulation, development, manufacturing and shelf stability, the type, size and quantity of particulate matter present in injectable drugs affects the drug’s efficacy. In some cases, such non-soluble particles may also present a potential safety risk. Understanding the nature of these particles is critical to ensuring the drug products work as intended and do so without causing adverse events.

“Until recently, even the most advanced technology available had trouble detecting and counting particles smaller than 10 microns,” says Kent Peterson, CEO, Fluid Imaging Technologies (Scarborough, ME, USA; www.fluidimaging.com). “Lacking the technological ability to do so, it becomes easier to understand why many pharmaceutical scientists drew the line of concern at 10 microns and larger.” 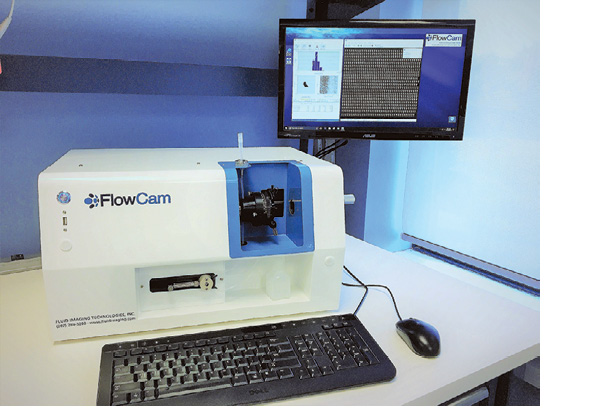 Figure 1: Replacing the ambient air between the objective and the flow cell with high index of refraction immersion oil enables new instrumentation that can detect, count and characterize 300 nm to 10-micron particulate matter.

But now, a new imaging technology patented by Fluid Imaging Technologies makes it possible to detect, count and characterize particulate matter smaller than 10 microns. Dubbed Nano-Flow Imaging, the technology has been applied to the company’s new FlowCam Nano (Figure 1). This new instrumentation makes visible for the first time thousands of individual nanoparticles and microparticles in a fluid stream from as tiny as 300 nm to 10 microns, such as those within a therapeutic protein product, for example.

Whether the particles are opaque, transparent or translucent, this highly advanced microscope automatically images each particle detected and simultaneously calculates count and concentration of particles while providing measurement data based on more than 40 different parameters from size and color to morphological characteristics such as circularity, elongation and fiber curl (Figure 2). The sharp quality of the high-resolution images yields highly-accurate data and allows the company’s proprietary pattern-recognition software to aid in identifying the particle type by differentiating round, silicone oil droplets from glass shards from amorphous protein aggregates, for example.

The original FlowCam system contains three core technologies: optics, electronics and fluidics. The fluidics system uses an ultra-high-precision, computer-controlled syringe pump to pull the fluid sample through the flow cell. The optical system is similar to a microscope and captures images of the particles in the fluid in real time as they pass through the flow cell. This configuration yields high quality images when imaging particles from 2 microns to 5 millimeters but as the particles become smaller, obtaining images with the same, high-resolution becomes more challenging as fewer pixels are available to create the image. 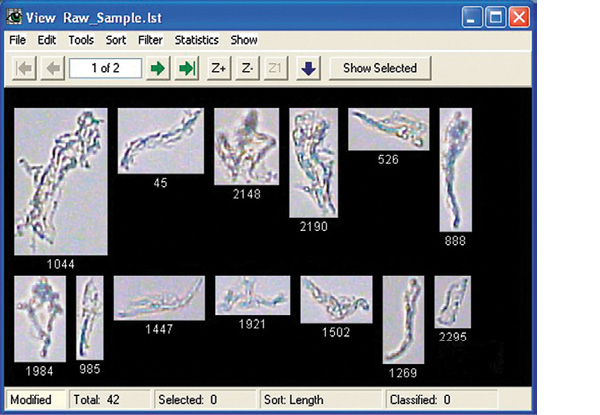 Figure 2: The software models automatically measure more than 40 different parameters in real-time from size, count and concentration to color, grayscale and morphological characteristics such as circularity, elongation and fiber curl.

“In most particle imaging systems, optical analysis is performed with low to medium numerical aperture (NA) optics, typically an air objective, and primarily for ease of use,” Kent explains. “The ambient air sitting in between the flow cell and objective lens causes refraction that reduces the image quality, especially when targeting particles smaller than 2 microns.”

In contrast, the FlowCam Nano uses a new, patented configuration that replaces the ambient air between the objective and the flow cell with a high index of refraction immersion oil (IMMOIL-F30CC) from Olympus (Center Valley, PA, USA; www.olympusamerica.com). The blue LED MTG7-001I-XBD00-BL-0Z01 light from Cree (Durham, NC, USA; www.cree.com) passes through an Olympus U-AAC condenser flow cell and then the objective lens before being focused on a ICX445 CCD sensor from Sony (Tokyo, Japan; www.sony.com) that delivers 32 frames per second at 1.3 MP resolution in an scA1300-32gc GigE camera from Basler (Ahrensburg, Germany; www.baslerweb.com).

The oil immersion configuration enhances the focus and collection of light through the objective. This combination increases the numerical aperture of an ACL25416U-A spherical condenser lens from Thorlabs (Newton, NJ, USA; www.thorlabs.com), by 40%, improving image resolution by a corresponding 40%.

“The increased resolution allows nanoparticles to be detected and imaged and reveals fine morphological details in submicron particles that previously would have been unnoticeable,” says Kent. “And this system yields statistically significant results from discrete samples as limited as 20 microliters in high throughput screening versus traditional analyzers that require upwards of 25 milliliters of sample volume.”

Scientists in biopharmaceutical research and development have begun integrating the FlowCam Nano into their arsenal of analysis instrumentation. Initial interest involved supporting parenteral drug compliance with USP<788>. By detecting and characterizing a far wider range of particle sizes, the FlowCam Nano helps to trace the root causes of drug compliance testing failure.