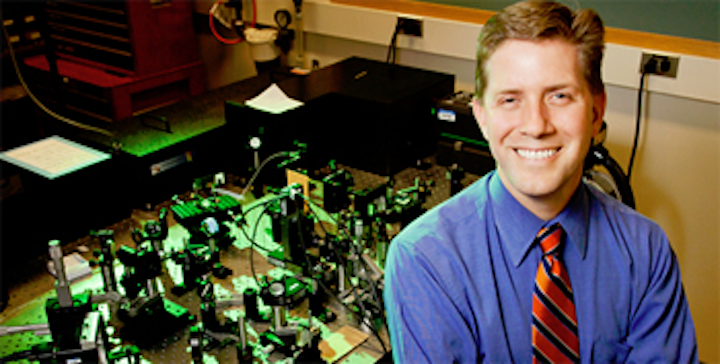 Ear infections are the most common conditions that pediatricians treat. Chronic ear infections can damage hearing and often require surgery to place drainage tubes in the eardrum.

Studies have found that patients who suffer from chronic ear infections may have a film of bacteria or other microorganisms that builds up behind the eardrum. However, middle-ear biofilms are difficult to diagnose. A doctor looking through a standard otoscope sees only the eardrum’s surface, not the bacteria-seeded biofilm behind it.

The new system, however, uses optical coherence tomography (OCT) to enable doctors to do just that. It can be used to perform a scan in a fraction of a second, after which it produces 3-D images a few millimeters deep behind the eardrum. Hence, doctors can see not only the presence of a biofilm, but also how thick it is and its position against the eardrum.

To test their device, the researchers worked with clinicians at Carle Foundation Hospital in Urbana, Illinois to scan patients with diagnosed chronic ear infections, as well as patients with normal ears. The device identified biofilms in all patients with chronic infections, while none of the normal ears showed evidence of biofilms.

The researchers hope to make their system -- currently a hand-held prototype -- even more compact, easy to use, and lower in cost. Medical equipment developer Welch Allyn (Skaneateles Falls, NY, USA) is a collaborator on the project, which is funded by the National Institutes of Health.