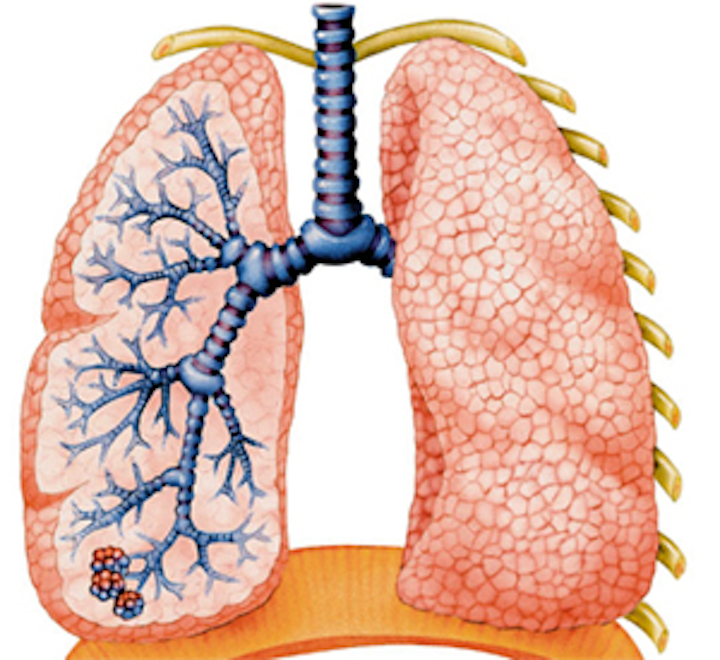 They say that the PRM technique allows them to better distinguish between early-stage damage to the small airways of the lungs, and more severe damage known as emphysema. They have also shown that the overall severity of a patient's disease, as measured with PRM, matches closely with the patient’s performance on standard lung tests based on breathing ability.

COPD limits a patient's breathing ability, causing shortness of breath, coughing, wheezing and reduced ability to exercise, walk and do other things. Over time, many COPD patients become disabled as their disease worsens.

Already, a U-M spinoff company, Imbio, has licensed U-M's patents on the PRM technique, and is developing the technology for use in early prediction of treatment response of brain tumors and other cancers. Now Imbio has begun developing PRM for COPD subtype diagnosis and tracking.

Researchers at the University of Manchester and Humboldt University, Berlin have produced 3-D images of a prehistoric mite as it hitched a ride on the back of a 50 million-year-old spider.

A team of international researchers led by Bristol University (Bristol, UK) and the Natural History Museum (London, UK) has used CT scans and finite element analysis to show that Diplodocus -- one of the largest dinosaurs ever discovered -- had a skull adapted to strip leaves from tree branches.