Researchers at Aarhus University have developed a tractor-mounted system that uses thermal imaging and digital image processing to automatically detect animals during the mowing of a field of grass. 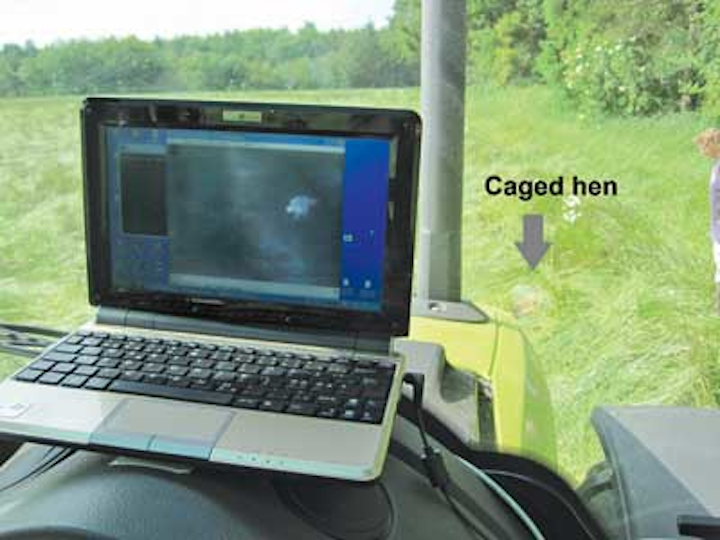 As a result of the increase in the speed and size of farm equipment, the risk of wild animals being accidentally injured or killed during farming has increased dramatically.

The nests of ground-nesting bird species like grey partridge or pheasant are particularly vulnerable to farming operations, while the natural instinct of mammals such as leverets of brown hare and fawns of roe deer to lay low and still in the vegetation to avoid predators increases their risk of being killed or injured.

Now, researchers led by PhD student Kim A. Steen at Aarhus University (www.au.dk) have developed a tractor-mounted system that uses thermal imaging and digital image processing to automatically detect animals during the mowing of a field of grass.

The system uses an uncooledFLIR Systems A320 thermal camera that works in the longwave-infrared (LWIR) band. In a trial of the system, it was mounted on a Claas Axos 320 tractor at an angle of approximately 75° at a distance of 4.75 m from the crop.

Cages with two study animals -- a rabbit and a chicken -- were placed in the grass to simulate a natural situation, and the tractor was then driven toward them at a variety of different speeds while the data from the FLIR thermal camera was digitized and analyzed by the system.

Digital image-processing software was used to automatically detect the animals from the images captured by the thermal camera.