Cornell University (Ithaca, NY, USA) researchers are building image sensors that could lead to the development of the next generation of 3-D cameras. 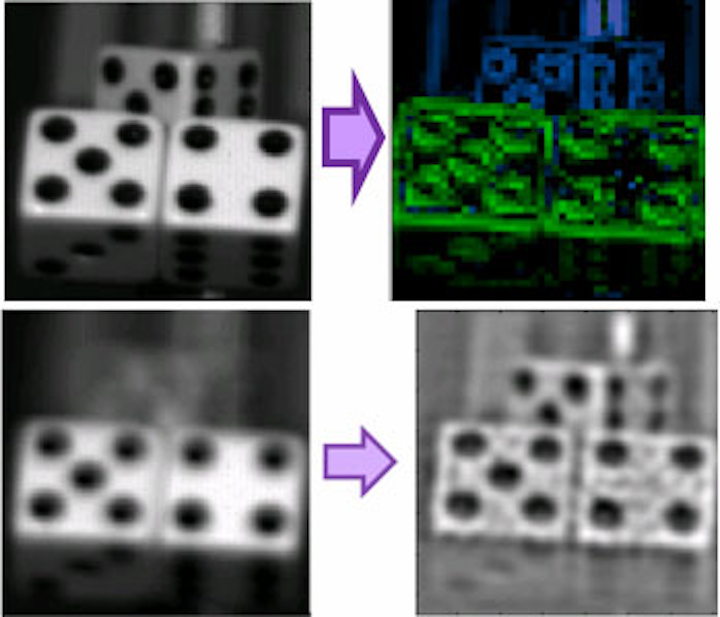 Cornell University (Ithaca, NY, USA) researchers led by assistant professor of electrical and computer engineering Alyosha Molnar are building image sensors that could lead to the development of the next generation of 3-D cameras, as well as the ability to focus photos after they are taken.

Each of Molnar's CMOS sensors, which he invented with graduate student Albert Wang, sport an array of 7-micron pixels under a pair of stacked diffraction gratings. The design enables the device to be able to detect information about the incident angle of the light striking it.

All the pixels capture both angular and spatial information, allowing for computational refocusing, or after-the-fact focusing, of the image that is captured.

Molnar shared the most updated design of an angle-sensitive pixel for image capture at the IEEE International Electron Devices Meeting in Washington, DC late last year, and he detailed the mathematics behind the device at an international optics and photonics (SPIE) conference in January in San Francisco.

Most recently, he and Wang won the Lewis Award for best paper from the International Solid-State Circuits Conference for their paper that details the new image-sensor technology.