Image processing software developed by a team at the California Institute of Technology (Pasadena, CA, USA) has allowed researchers to measure the movement of sand on the surface of Mars for the first time. 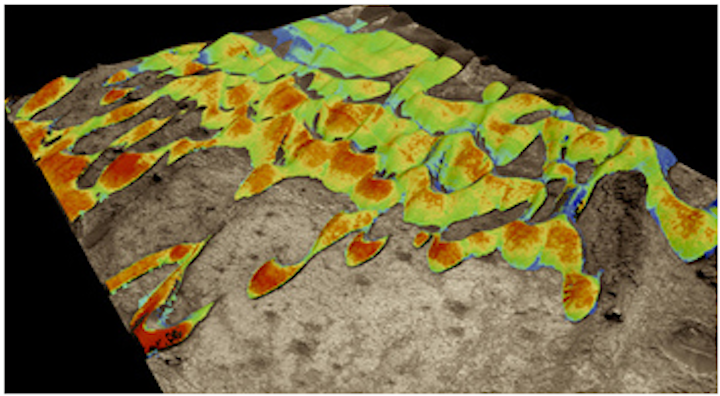 Image processing software developed by a team at the California Institute of Technology (Pasadena, CA, USA) has allowed researchers to measure the movement of sand on the surface of Mars for the first time.

For many years, it was believed that the current atmosphere is too thin to produce winds that could move sand. But the new analysis of images of sand dunes called Nili Patera from the High Resolution Imaging Science Experiment (HiRISE) on NASA's Mars Reconnaissance Orbiter shows that wind activity is indeed a major agent of evolution of the landscape on Mars.

Using COSI-Corr software (for Co-registration of Optically Sensed Images and CSorrelation) invented at Caltech, the team of researchers focused on measuring the movement between pairs of the images.

On the dunes at Nili Patera, the software automatically measured changes in the position of sand ripples from one image to another over a 105-day period, resulting in the discovery that the ripples are moving fast -- some upwards of 4.5 meters during that time.

The group now plans to use the HiRISE images together with the COSI-Corr software to explore other regions of Mars and monitor for surface motion. For example, there are parts of the planet that may have glaciers covered with dust, and other places where fault lines can be seen and could be tracked for displacement.

More information can be found here.