The ability to quickly perform repeatable, high accuracy measurements is critical to maximize the performance of many machine vision systems. For such systems, a telecentric lens allows the highest possible accuracy to be obtained. This section discusses the unique performance characteristics of Telecentric Lenses and how telecentricity can impact system performance. 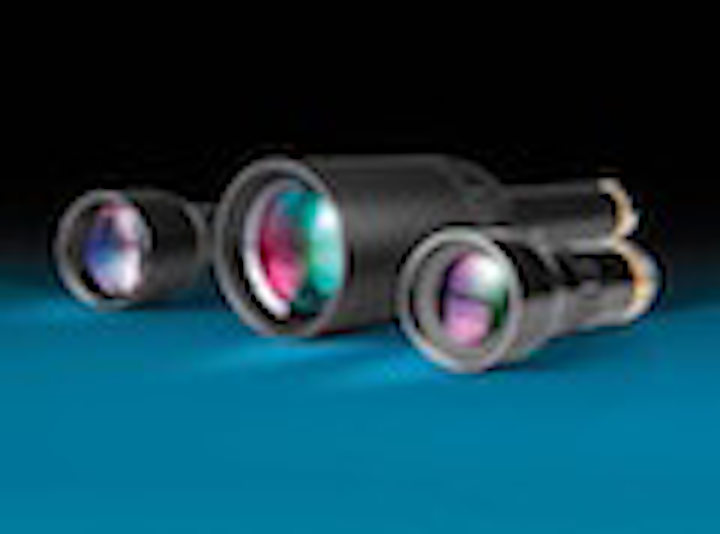 The ability to quickly perform repeatable, high accuracy measurements is critical to maximize the performance of many machine vision systems. For such systems, a telecentric lens allows the highest possible accuracy to be obtained. This section discusses the unique performance characteristics of Telecentric Lenses and how telecentricity can impact system performance.

Conventional lenses have angular fields of view such that as the distance between the lens and object increases, the magnification decreases. This is how the human vision behaves, and contributes to our depth perception. This angular field of view results in parallax, also known as perspective error, which decreases accuracy, as the observed measurement of the vision system will change if the object is moved (even when remaining within the depth of field) due to the magnification change. Telecentric Lenses eliminate the parallax error characteristic of standard lenses by having a constant, non-angular field of view; at any distance from the lens, a Telecentric Lens will always have the same field of view. 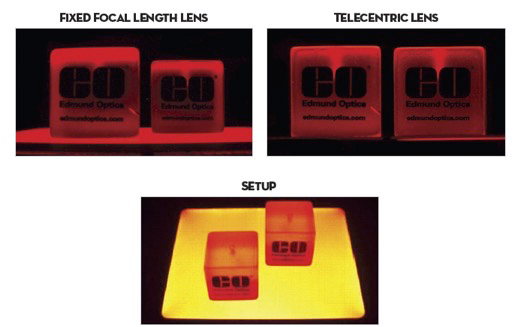 Figure 1: The Angular Field of View of the Fixed Focal Length Lens translates to Parallax Error in the Image and causes the two Cubes to appear to be different sizes

Many automated inspection tasks are imaging objects that move through the field of view of an imaging system, and the position of parts is rarely perfectly repeatable. If the working distance is not identical for each object that the lens is imaging, the measurement of each object will vary due to the magnification shift. A machine vision system that outputs different results based on a magnification calibration error (which is unavoidable with a Fixed Focal Length Lens) is a non-reliable solution and cannot be used when high precision is necessary. Telecentric Lenses eliminate the concern about measurement errors that would otherwise occur due to factors such as a vibrating conveyor or inexact part locations.

Telecentric Lenses and Depth of Field

It is a common misconception that Telecentric Lenses inherently have a larger depth of field than conventional lenses. While depth of field is still ultimately governed by the wavelength and f/# of the lens, it is true that Telecentric Lenses can have a larger usable depth of field than conventional lenses due to the symmetrical blurring on either side of best focus. As the part under inspection shifts toward or away from the lens, it will follow the angular field of view (or the chief ray) that is associated with it. In a non-telecentric lens, when an object is moved in and out of focus, the part blurs asymmetrically due to parallax and the magnification change that is associated with its angular field of view. Telecentric Lenses, however, blur symmetrically since there is no angular component to the field of view. In practice, this means that features such as edges retain their center of mass location; an accurate measurement can still be made when the object is beyond best focus as long as the contrast remains high enough for the algorithm being used by the machine vision system to function properly.

While it may seem counterintuitive, blur can be used advantageously in certain applications with Telecentric Lenses. For example, if a machine vision system needs to find the center location of a pin, the transition from white to black is quite sharp when the lens is in focus.

Looking at a plot of the image grey levels from a line profile taken across the edge of the part, the slope of the line is much shallower for the slightly defocused image, as the pin edge is spread over more pixels. Due to the symmetric blurring of the Telecentric Lens, this blur is still usable as the centroid has not moved and the amount of sub-pixel interpolation needed is decreased. This reduces sensitivity to grey level fluctuations caused by sensor noise and allows the pin center location to be found more reliably and with higher repeatability.

Another advantage of using Telecentric Lenses in metrology applications is that Telecentric Lenses typically have lower distortion values than Fixed Focal Length Lenses. Distortion causes the actual position of an object to appear as though it is in a different location, which can further decrease measurement accuracy (see Distortion for more information). For example, Figure 2a shows jumper pins on a circuit board that has been imaged by a Fixed Focal Length Lens with high distortion. The distortion, coupled with the parallax error inherent to non-telecentric lenses, makes the pins toward the edge of the image appear as though they are bent toward the center. When looking at the same pins with a Telecentric Lens, as in Figure 2b, it is apparent that the pins are indeed straight. 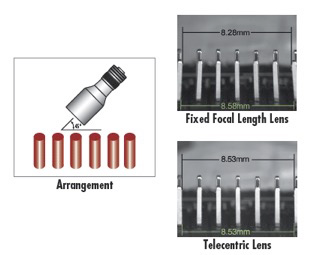 While it is true that distortion can be calibrated out of images to partially improve the accuracy, the parallax is still present and will cause error. The other advantage to not needing to calibrate out the distortion from the Telecentric Lens is that the measurement process can run faster as there is less computing that the software needs to do, reducing CPU load and directly leading to higher system throughput and more parts measured per minute.

Because Telecentric Lenses tend to have such low distortion, they are more prone to having non-monotonic wave distortion than fixed focal length lenses. While the magnitude of the distortion is generally low enough to not have a significant impact on the measurement of the part under inspection, it is still important to check the distortion specifications of the Telecentric Lens and to properly calibrate the imaging system utilizing the Telecentric Lens. This property is also why distortion plots should be used rather than a single numerical value, as the lens can have zero distortion at the field point where it is specified, but be non-zero elsewhere.

In applications where the object plane is tilted, Telecentric Lenses provide a good alternative to Fixed Focal Length Lenses due to their low distortion and invariant magnification. The camera can also be tilted to keep the tilted object in sharp focus; this is called the Scheimpflug condition. The Scheimpflug condition is a way to extend the depth that is being observed by the machine vision system by tilting the object plane and the image plane, as shown in Figure 3. If a conventional lens is used this way, it will result in keystone distortion, described in detail in Sensor Relative Illumination, Roll Off and Vignetting. Telecentric Lenses, however, will not demonstrate keystone distortion, as the magnification does not change with depth. Care must be taken in calibration, though, as the part will be observed as a geometric projection: a circle will be an ellipse, a square will be a rectangle, and so on.

Figure 3: A 1X Telecentric Lens in the Scheimpflug Layout, with Tilted Object and Image Planes

Edmund Optics is a leading supplier of optics, imaging, and photonics technology for the Life Sciences, Biomedical, Semiconductor, R&D, and Defense markets around the globe. EO designs and manufactures a wide array of multi-element lenses, lens coatings, imaging systems, and optomechanical equipment, while supporting OEM applications with volume production of both stock and custom products. EO’s state-of-the-art manufacturing capabilities, combined with its global distribution network, has earned it the position of the world’s largest supplier of off-the-shelf optical components. Customers can purchase items by calling 1-800-363-1992, via the catalog or the website at www.edmundoptics.com.