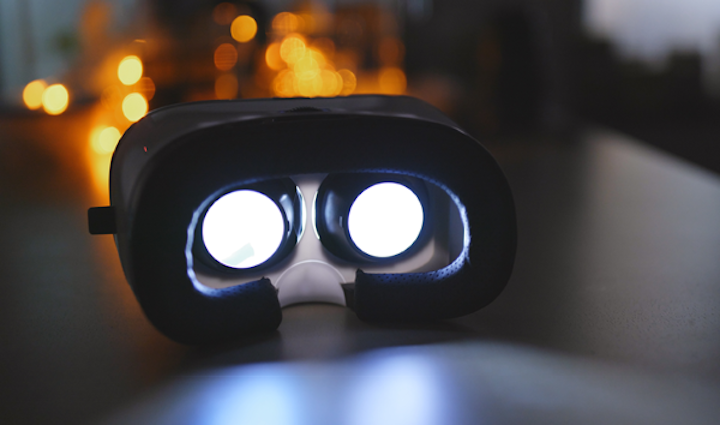 The delivery of augmented reality (AR), virtual reality (VR), and mixed reality (MR) systems requires cutting-edge optical technology—technology that could help AR/VR/MR headsets get smaller and smaller in the coming years. With augmented and virtual reality market projections reaching $108 B by 2021, the growth in the industry will be fueled in part by improvements in the tools that provide virtual prototyping of AR/VR/MR systems. Virtual prototyping can help companies get these hardware components to market faster—and smaller.

There are a plethora of applications for AR/VR/MR beyond gaming, including aerospace, defense, education and training, industrial, healthcare, and many other fields. And developers who worked in the early stages of augmented reality intended it that way. Steve Mann, known for his pioneering work in the creation of the MIT Wearable Computing Lab, was among the first to create technologies meant for everyday use across vertical markets. One example is his EyeTap Digital Eye Glass, a general-purpose seeing aid that could have great use in any field where the user would benefit from real-time interactive information that is largely visual in nature—including sports, construction, and business.

Now, headlines tout AR/VR/MR innovations that enable business people to see a computer screen that isn’t really there with AR glasses for privacy and productivity; transport students on a field trip without ever leaving the classroom, or train employees on features of new products.

The demand for smaller AR/VR/MR devices

As Scott McEldowney of Oculus Research explained, creating light, “go-anywhere” glasses to replace the awkward VR goggles of today is instrumental for the future of augmented, virtual, and mixed reality. While that leap will require technology that doesn’t exist today, said McEldowney, he pointed out that now-commonplace utilities such as Facebook and Uber would once have been equally unimaginable.

Companies delivering headsets that enable VR/MR experiences know that getting there means that display technologies are key. These include both head-mounted displays (HMDs) and head-up displays (HUDs). Engineers will need to combine nanoscale optical components used to create computer-generated images with macroscopic optics used to relay images to the human eye.

Companies designing these types of AR/VR/MR products are under increased pressure to optimize optical system performance, reduce costs, and shorten time to market. To get to a high-confidence design more quickly, companies are using Zemax Virtual Prototyping to enable engineers to simulate how light travels through the complete optomechanical system design—before building a physical prototype. By using OpticStudio and LensMechanix together, optical and mechanical engineers can share complete design data and ensure the quality of the optical performance throughout the entire design cycle. 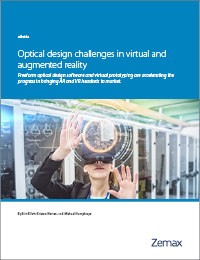 New eGuide: How to overcome optical design challenges in VR and AR

Companies designing these types of AR/VR/MR products are under increased pressure to optimize optical system performance, reduce costs, and shorten time to market. Read our in-depth article on how freeform-optics design software and virtual prototyping are helping teams get to a high-confidence design more quickly.

Top considerations when designing an optical product for manufacturability

Buying optical design and analysis software: what you need to know

Software that speaks the same language and offers data visualization can help engineers overcome miscommunication and other factors that can thwart the product development process.
Jul 1st, 2018

Shorten time to market, even when engineers are in short supply

There has been a recent uptick in job listings for optical engineers, yet there is only one qualified individual per 1.9 STEM job listings. Virtual prototyping can help you overcome the shortage of optical product design engineering talent.
Jul 1st, 2018

Six times you must get the optical product development process right

Technology that enables robust product simulations is critical to a smooth product development process—especially during six common situations when you can’t afford to get it wrong. Learn how the best teams find errors before they’re failures.
Jun 1st, 2018

Virtual prototyping goes beyond the lens: It’s the mechanical components too

Companies developing optical products can gain a competitive advantage by following six best practices in product development that help overcome the struggle to bring projects to the finish line—on time and on budget.
Jun 1st, 2018