In this week’s roundup from the Association for Unmanned Vehicle Systems International, which highlights some of the latest news and headlines in unmanned vehicles and robotics, North Dakota invests in the UAS industry, a new camcopter UAS joins up with search and rescue teams, and New York State trains students for drone public safety operations. 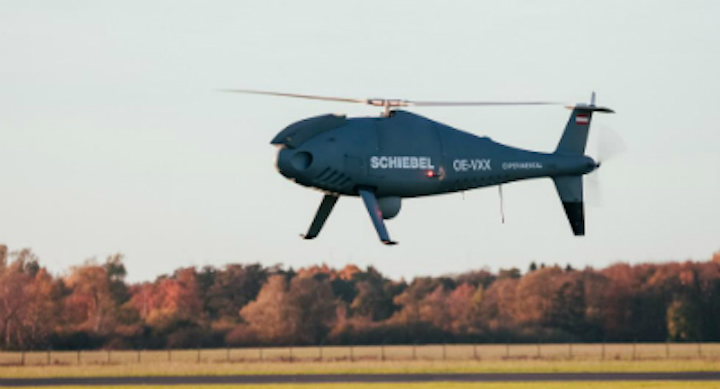 In this week’s roundup from the Association for Unmanned Vehicle Systems International, which highlights some of the latest news and headlines in unmanned vehicles and robotics, North Dakota invests in the UAS industry, a new camcopter UAS joins up with search and rescue teams, and New York State trains students for drone public safety operations.

Leaders of the local UAS sector in Grand Forks, North Dakota celebrated a $33 million investment in North Dakota's UAS industry on Monday, May 6.

Lt. Gov. Brent Sanford, along with other government officials, held a ceremonial signing of House Bill 1018, which appropriates $28 million toward a statewide air traffic control system for UAS, $3 million toward upgrading UAS infrastructure and $2 million toward operations at the region's Northern Plains UAS Test Site.

"Major investments like this scream to the rest of the nation and the entire world that cutting-edge UAS research, testing and commercialization is cleared for takeoff in North Dakota," Sanford says.

The state offers a variety of applications for this technology to be utilized, says Northern Plains UAS Test Site Director Nicholas Flom, ranging from agriculture to emergency response.

According to a statement from Gov. Doug Burgum’s office, approximately $77 million has been invested in the state’s UAS industry thus far. 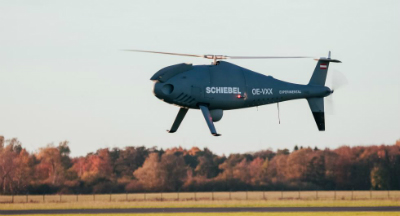 Schiebel has announced that its Camcopter S-100 UAS has been selected by Norway’s Andøya Test Center for extensive search and rescue trials as part of the Arctic 2030 project.

In a typical configuration, the Camcopter S-100 operates six hours continuously, and can carry multiple payloads at the same time, which provides users with significant payload flexibility. As a result, the S-100’s missions deliver aerial views that reach “considerably farther than manned helicopters,” Schiebel notes.

The S-100 provides several key advantages for naval operations in the Arctic. Being that it is a vertical takeoff and landing (VTOL) UAS, it does not need any additional start or recovery equipment. It has a minimal footprint, making it ideal for offshore patrol vessels (OPVs) with small deck sizes.

The S-100 is also capable of performing in harsh weather conditions, as it can fly at temperatures as low as -40 degrees Celsius. This has been successfully demonstrated in a series of intensive trials, such as the Canadian icebreaker operations, during which the Camcopter S-100 was deployed 60 nautical miles north of Fogo Island. The UAS provided a wide-view image of the ice structure, and also identified the boundaries between flat and rough ice.

“The CAMCOPTER® S-100 has performed a series of challenging demonstration flights in the Arctic over the years and has proven its operational value and mission effectiveness,” comments Hans Georg Schiebel, chairman of the Schiebel Group.

The goal of the Andøy Municipality project is to demonstrate VTOL UAS use in the Arctic region in an effort to increase maritime safety. With this in mind, the Camcopter S-100 will be equipped with an Electro-Optical/Infra-Red (EO/IR) camera gimbal, an Overwatch Imaging PT-8 Oceanwatch payload, an Automatic Identification System (AIS) receiver and a Maritime Broadband Radio (MBR) by Radionor. This combination of payloads is intended to not only strengthen emergency preparedness in the region, but also provide search and rescue mission support.

Tests are scheduled to begin this fall, with the UAS being deployed from Norwegian Coast Guard vessels in Andfjorden, Northern Norway. More operations are planned in Spitsbergen in the spring of 2020.

“We have already gained some experience with the Schiebel CAMCOPTER® S-100 UAS during an impressive demonstration in 2017,” says Gunnar Jan Olsen, General Manager of the Andøya Test Center.

“We believe that these current, more extensive S-100 trials will demonstrate that maritime safety in the Arctic can effectively be increased with the help of VTOL UAS.”

New York Governor Andrew M. Cuomo has announced that more than 500 students have been trained in the use of UAS for public safety operations at the State Preparedness Training Center in Oneida County, New York.

This milestone was reached in April during the New York State Division of Homeland Security and Emergency Services’ UAS Awareness workshop, which is one of four courses offered on UAS operations. The other courses offered are the UAS Part 107 Preparation Course, the UAS Basic Operator Course, and the UAS Advanced Operator Course.

“Through strategic and nation-leading investments in the development of drone systems, New York State has made great strides in implementing this technology into the state's public safety operations,” Governor Cuomo says.

“The trainings available at our world-class State Preparedness Training Center equip first responders with an expanded ability to assess emergency situations and fine-tune operations and response plans like never before.”

Public safety officials and first responders are offered the UAS training courses free of charge. The courses are taught by a team of instructors from the State Preparedness Training Center, the National Center for Security & Preparedness, and the New York State Department of Environment Conservation.

“Going forward, more and more public safety professionals will utilize unmanned aircraft systems to protect the public as they greatly enhance our operational capabilities in several areas such as search and rescue, damage assessment, and fire investigations,” says Patrick A. Murphy, acting commissioner of the New York State Division of Homeland Security and Emergency Services.

The Division of Homeland Security and Emergency Services expects to train several hundred more operators by 2020.