The Predator A drone celebrates its anniversary 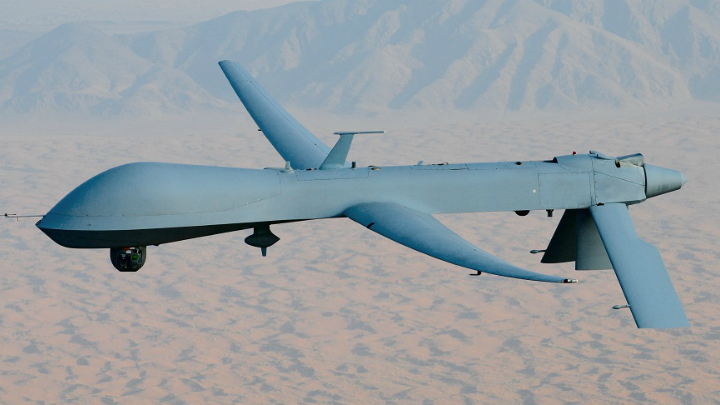 In this week’s roundup from the Association for Unmanned Vehicle Systems International, which highlights some of the latest news and headlines in unmanned vehicles and robotics, the famous Predator A drone celebrates a major birthday, U.S. automated vehicle regulators stress bias neutrality, and Northrop Grumman makes a major sale.

General Atomics Aeronautical Systems Inc. (GA‑ASI) recently marked the 25th anniversary of its Predator A UAS, which completed its first flight in July 1994, and made its operational debut the following year.

More than 320 Predator As have been delivered to customers across the world in support of global security. The product line remained in production until 2011.

Predator As have flown almost 141,000 missions, and have surpassed two million flight hours. GA-ASI notes that almost all of those hours were flown in support of combat missions.

“With innovation in mind, we have always looked for ways to challenge the industry standard,” says Linden Blue, CEO, GA-ASI.

“Our Predator-series has evolved over the past 25 years into MQ-9 and Gray Eagle (MQ-1C), which are the most combat-proven RPA in the world.”

According to GA-ASI, the Predator A established the company’s legacy of delivering “long-endurance, multi-mission RPA with integrated sensors and data link systems for persistent situational awareness and rapid strike capabilities.”

GA-ASI notes that the Predator series continues to demonstrate its value in combat environments, as well as when performing civilian surveillance missions.

“From Predator A, to Predator B, Gray Eagle, Avenger, and their various mission configurations, our aircraft and payload systems continue to address changing mission requirements for U.S. and Allied militaries and civilian users.”

Over the last 25 years, the Predator series fleets have flown close to six million flight hours. 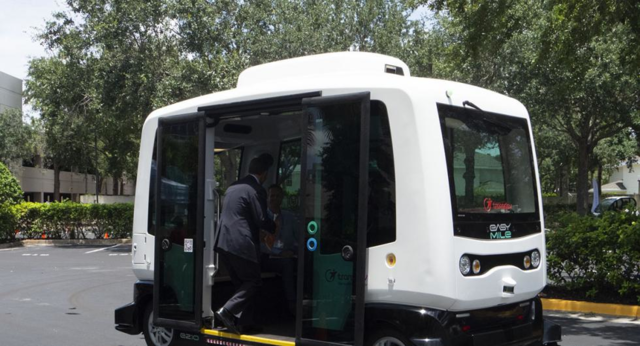 Regulators seeking to promote the AV industry while boosting safety

U.S. regulators are seeking to promote autonomous vehicle technology without picking favorites and with over-regulating the nascent industry, federal and state officials told attendees at the Automated Vehicles Symposium in Orlando.

"There is widespread recognition that automated vehicles will coexist with conventional vehicles and at some point operate side-by-side with them on the highways," said Nicole Nason, administrator of the Federal Highway Administration (FHWA), who spoke on Wednesday.

"And to this point, I want to affirm the department's position this morning regarding freedom of the open road. We want to protect the freedom of all Americans to make mobility choices that best serve their needs."

The Department of Transportation updated its automated vehicle guidance last fall to the 3.0 version, which provides guidance on technology development and managing safety risks and "clarifies roles to avoid the conflicting patchwork of regulations that hamper innovation and provide best practices."

The department wants to ensure there is sufficient bandwidth for automated vehicles to operate. The 5.9 Ghz band is of "critical importance to us" to reduce crashes, injuries and fatalities — "that's why we call it the safety band."

The band is used for vehicle-to-vehicle communication, pedestrian detection, traffic monitoring, travel alerts, and much more, she said.

"The safety band is at the heart of our efforts to make these new AV technologies interoperable," she said. "All of these systems ... must work seamlessly together."

Ray Martinez, administrator of the Federal Motor Carrier Safety Administration, which regulates commercial trucking, echoed that point when he spoke on Thursday.

"We must ensure that the use of the safety band is protected," he said. "We believe that is critical."

Nason and Martinez said DOT won't pick technological favorites but wants the communications and auto industries to develop a variety of technology as long as it can use the safety band for transportation safety benefits.

FHWA also had a key role in administering the Manual on Uniform Traffic Control Devices, which it is planning to update for the first time since 2009.

"We will be asking for public input later this year," Nason said. "The updated version will reflect advances in technology over the past decade and support the operation of AVs. So, I really want to stress — if you're interested, you need to comment. We read every comment. It's been a decade since we've updated it."

"We're not coming in here with a heavy hand. ... we are coming to listen and we're coming with an invitation" to talk to the government, he said. "This is not going to be a top-down environment."

As part of its outreach, last year FHWA conducted a series of six workshops on AV integration with transportation stakeholders around the country.

"... Safety was the main takeaway of all the workshops," Nason said. "It will be critical to not only ensure safety when AVs are fully deployed, but also while they're in the process of reaching full deployment, especially during the testing and verification period."

FHWA has its own multi-modal research program, the Cooperative Automation Research Mobility Application (Carma) platform, an open-source platform that "is trying to accelerate cooperative driving automation" by blending communication technology with AV functionality.

It has two components, Carma Platform and Carma Cloud. The platform lets automated vehicles communicate with smart infrastructure through Carma Cloud. It was made available as open-source software last year "and today we are launching an updated version of it."

"Carma's goal is to accelerate understanding of the benefits of cooperative automation by testing shared maneuvers such as vehicle platooning, speed harmonization, cooperative lane change and merge functions, [and] coordination of signalized intersections."

She noted that competitors are teaming to solve problems together, "and I think that's the only way we will achieve success."

Designed to provide critical ISR capability to meet the mission needs of customers, Firebird is available in manned, autonomous and optionally piloted configurations.

“Our initial goal is to support energy infrastructure monitoring and humanitarian and disaster relief operations by leveraging Firebird’s range, altitude and endurance.”

The first commercial UAS testing and training center in the nation, Grand Sky is home to one of Northrop Grumman’s North Dakota locations. Grand Sky offers services and capabilities that not only support large UAS operations, but will also help define how UAS are used based on their ability to collect large amounts of different types of data.

Equipped with capabilities to meet critical information gaps for Grand Sky’s clients and partners, Firebird can perform various mission sets using a number of different sensors that allow data to be collected for various customers on every mission.

Capable of reaching anywhere in the country, Firebird can operate for 30 or more hours, and support multiple missions at the same time.

“The goal is to have the aircraft deployed around the country on a variety of missions,” Swoyer explains.

“Our ability to map vast areas, stay “on-station” over an area for long periods of time to support emergency response or to reach remote areas is unmatched. No small UAS or small UAS swarm can match the capability and versatility of Firebird.”

Firebird will be based at Grand Sky. Once launched, it can fly anywhere in the country, and stay on station for multiple hours before returning. Besides ISR, Firebird has several other mission capabilities including domestic security, emergency response and scientific efforts.