While there are many variations of image sensors used in today's solid-state cameras, such sensors can generally be classed as area, line-scan or time-delay integration (TDI) devices. 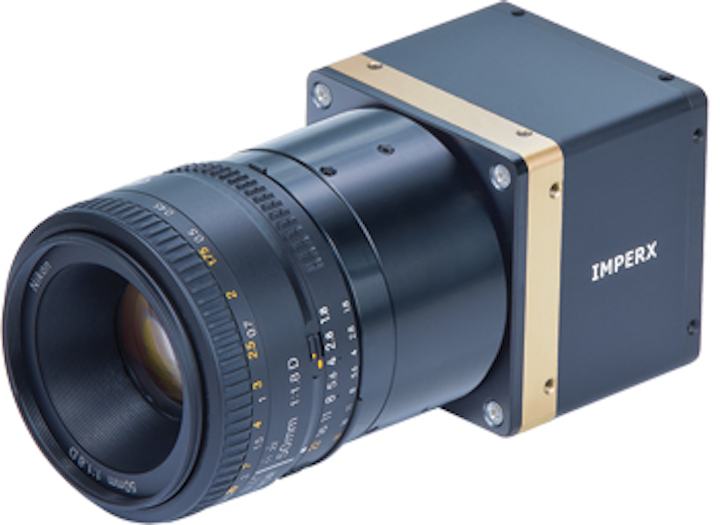 While there are many variations of image sensors used in today's solid-state cameras, such sensors can generally be classed as area, line-scan or time-delay integration (TDI) devices. Area array imagers can operate in either global or rolling shutter modes both of which have their advantages and disadvantages depending on the application.

While useful in many machine vision systems, these cameras are generally not used in web inspection applications where products need to be scanned across a wide field of view at high-speed. In these applications, line-scan based cameras are used. These often consisting of a single row of pixels in 2k x 1 or higher formats that are exposed sequentially as the camera (or more often the object to be inspected) moves under the field of view of the camera. Since the integration time for such high-speed imaging needs to be short, high-brightness line-lights are used to illuminate the object as it passes under the field of view of the camera.

In some very high-speed line-scan applications, however, even the brightest line-scan lights may not provide enough illumination and, in such cases, TDI images can be used to increase the responsivity of the imaging system. TDI imagers are a variant of single line line-scan devices that feature multiple rows of photo-sites. An example of such a TDI camera is the EC-11-01k40 from Teledyne DALSA (Waterloo, ON, Canada; www.teledynedalsa.com) that employs a 1024 x 96 imager.

As the image moves under the TDI array, each of the multiple rows shift charge to the adjacent row synchronously such that after 96 exposures, the final line-scan image when read from the imager will have a much higher sensitivity. Increasing this sensitivity is useful in high-speed web applications and applications such as aerial reconnaissance and satellite mapping where low-light levels may be encountered.

While TDI techniques have in the past been limited to line-scan-like imagers, Petko Dinev, President and CEO of Imperx (Boca Raton, FL, USA; www.imperx.com) has recently shown how the same technique can be employed with interline area-array CCD devices. At this year's SPIE Defense, Security and Sensing exhibition, held in Baltimore, MD in May this year, Dinev described how the company's Bobcat 6640 progressive-scan CCD camera which is based on the KAI-29050, a 6576 x 4384 CCD from ON Semiconductor (Phoenix, AZ, USA; www.onsemi.com) - formerly Truesense Imaging (Rochester, NY, USA; www.truesenseimaging.com) could be clocked in TDI mode.

In standard operation, explains Dinev, the charge accumulated after integration at each pixel site is transferred to shielded charge storage area that forms vertical column arrays that are then clocked to transport each pixel's charge to horizontal shift registers. These then shift the charge associated with each pixel to amplifiers that convert the charge to a voltage. In this mode of operation, all the pixels are exposed and sequentially read from the device with no integration of adjacent charges from the rows of pixels.

In applications, where a fast relative motion between the camera and the object is present, or in low-altitude flying platforms (drones, planes, helicopters or low-orbit satellite reconnaissance systems), however, integrating adjacent rows of pixel charges is useful in increasing the sensitivity of the imager while retaining the ability to image full image frames. To accomplish this, charges from individual rows are first transferred to the vertical shielded charge storage area. Charge from a specific (user defined) number of rows is then shifted into the adjacent rows and then into imager's horizontal register and the final area-scan image is read from the imager. The resulting accumulation of charge from multiple rows provides higher image sensitivity.

If the exposure time of each individual row is 500 microseconds and 100 rows are integrated, for example, then the effective exposure time will be 50ms. Since the readout time is approximately 250ms, this will result in full TDI-like monochrome or color frames generated at 4fps.

There are several advantages of using area scan CCD chips in TDI mode - the final image is an area scan image (not a line as with conventional TDI imagers); a mono, SPARSE CFA, or Bayer color TDI scan is possible; the number of TDI stages is user configurable (not predetermined as with conventional TDI imagers); and in some multi tap CCD configurations - a bidirectional (reversible top-bottom and bottom-top scan) is possible.