A large 202 x 205 mm CMOS image sensor developed by engineers at Canon (Tokyo, Japan) has been installed in the Schmidt Telescope at the University of Tokyo's Kiso Observatory, where it has been used to capture images of faint meteors at a rate of 60 frames/s. 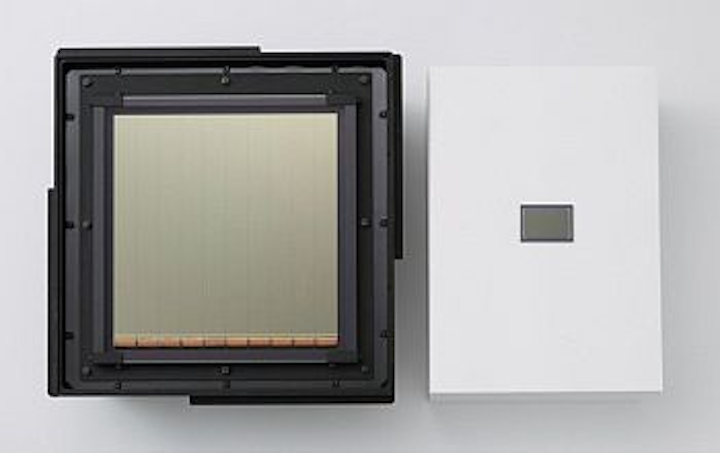 A large 202 x 205 mmCMOS image sensor developed by engineers at Canon (Tokyo, Japan) has been installed in the Schmidt Telescope at the University of Tokyo's Kiso Observatory, where it has been used to capture images of faint meteors at a rate of 60 frames/s.

With a chip size of 202 x 205 mm, the CMOS sensor -- which is 40 times the size of Canon's largest commercial CMOS sensor -- is claimed to be among the largest that can be produced on a 300-mm (12-in.)semiconductor wafer.

Detecting faint meteors has proven difficult using conventional technologies. However, a one-minute video recorded using the Canon CMOS sensor captured more images of faint meteors with an equivalent apparent magnitude of 10 than could previously be identified during an entire year.

The results obtained from thetelescope are being presented at the Astronomical Society of Japan's Fall 2011 meeting, being held between Sept. 19-22 at Kagoshima University (Kyushu, Japan).