A startup based at the Scottish Microelectronics Centre has developed a camera that can capture 3-D images at video rates. 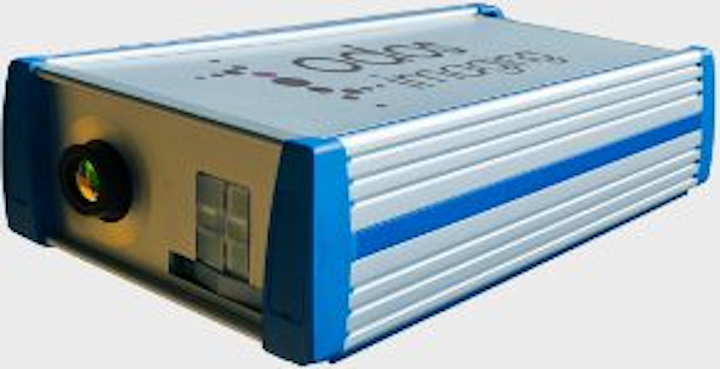 A startup based at the Scottish Microelectronics Centre has developed a camera that can capture 3-D images at video rates.

Odos Imaging's (Edinburgh, Scotland) 1.3-Mpixel camera, which is based on proprietary pulsed time-of-flight technology originally developed at Siemens, has a range between 0.5–15 m and can capture images at a rate of 100 frames/s.

The company believes that the new camera will find a variety of applications -- some requiring high-speed imaging -- inautonomous guided vehicles and robotics, security and surveillance, and intelligent transportation systems.

In use, very short, intense pulses of invisible light are used to illuminate a scene. The light pulses are then reflected by objects in the scene and are detected by an image sensor in the camera. Proprietaryalgorithms then convert the detected pulses into a distance measurement while a conventional 2-D image of the scene is simultaneously captured. The high intensity of the pulses minimizes the effect of ambient light, allowing the camera to be used outdoors.

The company claims that since only a single sensor is used in the camera, there is no possibility for any misalignment of the sort that commonly occurs with multiple sensor systems. Additionally, the use of a single sensor means the camera is resistant to any ambient vibration.

Since the distance measurement is captured over a very short period of time, fast-moving objects can be measured without artifacts and, critically, multiple cameras have a negligible chance of interfering with each other.