Mitsubishi Electric Europe has chosen Stemmer Imaging (Puchheim, Germany) as its strategic partner for the distribution of its contact image sensors in Europe. 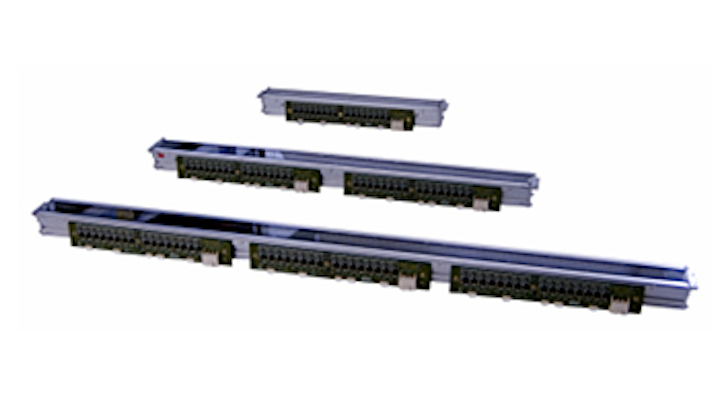 Mitsubishi Electric Europe has chosen Stemmer Imaging (Puchheim, Germany) as its strategic partner for the distribution of its contact image sensors in Europe.

For many years, Mitsubishi Electric Europe has offered compact optical colour readers, mainly for document scanning. But its new KD series of contact image sensors are the first sensors Mitsubushi Electric Europe has produced that are targeted at the machine vision industry, hence the tie up with Stemmer Imaging.

Applications for the contact image sensors can be found in applications where flat objects and materials need to be tested quickly and with high resolution, such as the inspection of printed circuit boards, printed matter or LCD panels.

The KD series products feature scan widths of 309, 617 and 926 mm and have a color resolution of 600 dpi and a working distance of 12 mm. The line rate of 23 kHz allows scan rates of 960 mm/s, equivalent to 44 µs/line. The contact image sensors supply data in both 8- or 10-bit formats over a configurable Camera Link output.

The recently signed agreement between the two companies will see Stemmer Imaging act as as the distribution channel for the Mitsubishi Electric Europe KD series of contact image sensors in all European countries starting from October 1 2012.

Samples of the new series will be available before the end of this year with mass production starting in the 2nd Quarter of 2013.

1. Stemmer Imaging expands its base in Europe

Stemmer Imaging (Puchheim, Germany) is expanding its activities in Europe with the acquisition of Iris Vision (Gorssel, The Netherlands).

Stemmer Imaging has launched its own optical flow algorithm for the first time at the upcoming Vision 2012 show in Stuttgart in November as part of the company's Common Vision Blox (CVB) software.