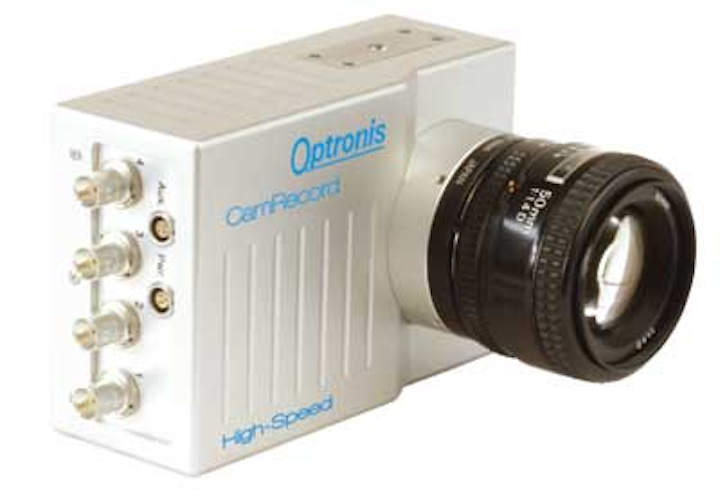 Inspecting products such as paper, aluminum, and textiles during the manufacturing process is one of the most challenging tasks for any machine-vision system designer. These products are manufactured at high speeds, and the web-based systems required to inspect them must be capable of detecting and classifying a number of different defects, often with various scattering properties.

Consequently,web-inspection systems demand very high-speed monochrome or color linescan or TDI cameras that must resolve these details. As a result of the high-speed camera operation, pixel integration times may be very fast, requiring the product under inspection to be illuminated with high-intensity light sources.

In many systems, fluorescent tube, fiber-coupled halogen, or metal halide sources are used. Although fluorescent tubes do present a low-cost illumination alternative, lighting is nonuniform across the tubes' length and the spectrum of light emitted is difficult to control.

In systems that require increased illumination, coupling fiber-based line lights to halogen or metal halide light sources presents the system developer with an alternative. These light sources are useful in that, by transferring the light from a remote source, the fiberoptic line light will not radiate heat. This is important when the product to be inspected may be susceptible to any changes in temperature as it is produced. Over their lifetime, though, the color temperature of fiberoptic light sources may change and, when replaced, result in a need to recalibrate the system.

To overcome these challenges, most machine-vision lighting vendors are looking to replace traditional illumination systems with modular line lights that use LEDs as the light source. In web-based machine-vision systems, high-brightness line lights present a number of distinct advantages.

First, the lifetime of LED-based products is often specified at 50,000 hours or longer—far greater than traditional fluorescent, halogen, or metal halide bulbs. Second, since individual LEDs or dies are used across the illuminator, LED-based line lights can maintain uniform illumination across their width. Last, as the line lights can be supplied using LEDs with different wavelengths, they can be deployed in systems that may require broadband or narrow-band illumination sources such as ultraviolet (UV) and infrared (IR).

Just as with other types of illumination, the selection of line lights and linescan cameras in web-inspection systems depends greatly on the material to be inspected. The lights may be configured as either brightfield, darkfield, or, in some cases, as backside illumination systems.

Directed brightfield illumination can be used in applications such as inspecting embossed paper where the normally unobservable surface structure will be revealed. In other applications, such as the inspection of aluminum foil,darkfield illumination can be used to highlight any surface irregularities such as cracks, pits, or scratches that may exist.

In such applications, the line light is directed at the surface of the product at a low angle of incidence. Should any defect such as a pit or scratch exist, the incident light will be scattered and appear as light areas on an otherwise dark background. Because the reflected light may be of relatively low intensity, very bright LED line lights coupled with TDI-based linescan cameras are often used in high-speed web-inspection systems.

Where defects such as perforations need to be identified, line lights can be mounted to illuminate the rear of the material. By mounting the camera on the opposite side of the web, defects will appear as bright spots to the vision system. Although positioning of the line lights is important, so too is the choice of line light for any particular application. Here the system integrator must maximize the available contrast of the image captured by the machine-vision system.

In the inspection of embossed paper, a narrowly focused line light in a brightfield configuration may obtain the best contrast. For materials that are moderately reflective, on the other hand, a diffuse line light configured in a darkfield manner may be the better choice.

Another way to increase the contrast is to determine the best wavelength of light with which to illuminate the material being inspected. Again this is strongly dependent on the material to be inspected and the types of defects that are being detected. By understanding the spectral properties of the part under inspection, system developers can choose a specific wavelength of light to increase the contrast of the captured image.

Using light that is the same color as the object being inspected will make it appear brighter to the vision system and vice versa. For this reason, vendors of line lights offer their products in a number of different wavelengths ranging from UV, green, red, blue, and IR. Employing the correct frequency of light increases the contrast of the captured image. The selected spectrum can also increase the resolution of captured images since light of lower wavelengths will allow the imaging system to resolve finer details.

Typically, standard line light products are offered in both standard lengths and modular configurations. Advanced illumination's EL137 series line lights are available in a number of different wavelengths ranging from UV to IR and lengths that can vary from 3 to 96 in. (see Fig. 1). Using different types of lenses, various working distances from 50 to 1200 mm can be specified with increasing linewidths from 2 to 75 mm.

Offered in a variety of wavelengths ranging from UV to IR, the latest line light from Metaphase Technologies—the Gen4 Ultimate line light—is also available in an RGB version that allows an object under test to be illuminated at 470, 530, and 625 nm (see Fig. 2). When paired withMetaphase's universal LED controller (ULC-2), modular sections of the line light can be independently controlled.

Unlike "cold" fiber-based line lights that utilize halogen or metal halide light sources,LED-based line lights are often passively or actively cooled to maintain a specific color temperature while decreasing the amount of radiated heat on the product being inspected. Since the lifetime of LEDs is related to their junction temperature, most manufacturers passively or actively cool these line lights by integrating heatsinks or using air- or water-based cooling methods.

With its HB-LED line lights,Moritex USA offers active air-cooling, passive air-cooling, and water-cooling options. Modular in design, lengths of 120 to 3000 mm can be achieved in increments of 120 or 150 mm (see Fig. 3). Continuous control and monitoring of the LED board temperature prevents overheating of individual LEDs to ensure safe operation.

Because these line lights must accommodate applications with variable working distances, many manufacturers supply their lights with different types of focusing lenses. In its VLX series of line lights,Gardasoft offers short, 37-mm working distance optics or long working distances that are adjustable from 90 to 150 mm (see Fig. 4). For reflective or specular surfaces, an additional holographic diffuser film can be added to the optics; it further enhances line profile. Just as important, the VLX1 line light allows the system developer the ability to increase the light intensity at each end of the light, projecting a true flat field across the web.