In Part I of this three-part series, Dr. Ned Lecky from Lecky Integration (Little Falls, NY, USA) provides an overview of the challenges faced by developers of vision systems for the intelligent transportation system marketplace. 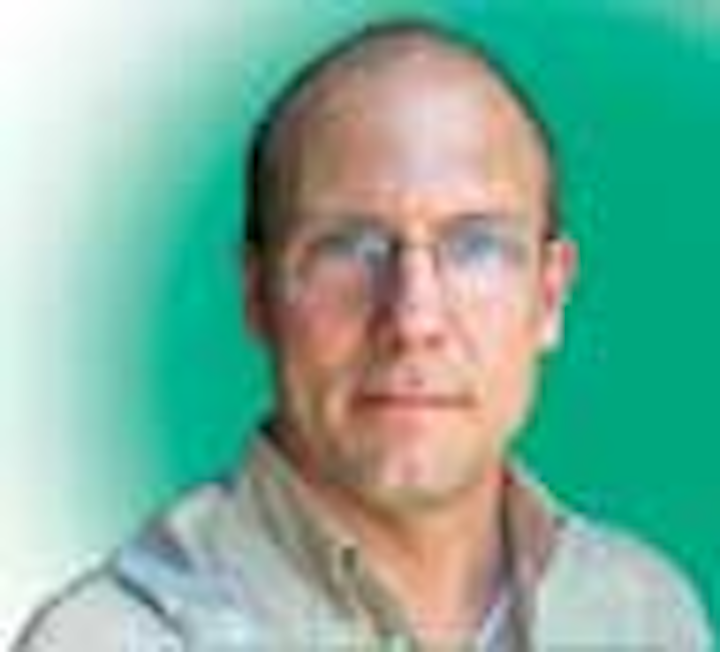 Vision systems are widely used in a variety of intelligent transportation systems (ITS) applications to measure theflow of traffic on highways for speed restriction and law enforcement purposes, or to identify vehicles for the collection of electronic tolls. Such systems not only count vehicles and measure their speed but also read license plates, which can be cross-checked in a database to determine their legal status.

But those are not the only roles that ITS fills. Other systems are deployed to determine the condition oftransportation infrastructure, such as pavement, roadways, and rail beds, or to locate areas in poor condition that may need to be repaired. They might even be used to inventory traffic assets, such as signs, traffic lights, or painted lines on the surface of a roadway.

One of the largest markets for vision systems in the ITS field is inlicense-plate recognition (LPR) where two different types of systems—both mounted and vehicle-based—are commonly used for the purpose.

License-plate recognition is a demanding application, not in the least because there are no less than 80 different fonts in use on number plates just in the United States. The system must contend with content variations in plate and character styles as well as issues of dirt, dents, high speed, and extreme variations in lighting.

Another fruitful and rapidly growing market for vision systems is acquiring the four-digit identification number of vehicles such as passenger cars and locomotives. Identifying a vehicle's make and model—so-called Make and Model Recognition (MMR)—is also a significant area of current research.

Theoretically, by measuring the height, length, and profile of a vehicle and by performing shape analysis, it should be possible to identify unequivocally any type of vehicle. But here, there are some important challenges that need to be addressed.

First, an undistorted image of the vehicle must be captured by the vision system. Unfortunately, acquiring such an image is not trivial because the position and the angle of a vehicle in any specific lane of a highway may vary considerably. The problem is compounded by the fact that a vision system must be able to differentiate between moving backgrounds and other moving vehicles.

Determining the speed of a vehicle might initially appear to be trifling issue. By performing pattern matching between alternate frames of a moving object, it is certainly possible to determine how much time has elapsed between the frames from which the speed of a vehicle can be derived. But while that might hold true in a laboratory environment, in a real transportation situation, it is often difficult to determine one vehicle from another, an issue that isn't helped by changing lighting conditions on the road.

While there are many unique opportunities for engineers to develop custom image-processing systems for the transportation market, integrators must recognize that this sector also has unique requirements that will markedly differentiate such systems from those commonly found in industrial vision settings.

In a traditional industrial vision system application, for example, all ambient lighting can potentially be eliminated through the use of custom enclosures, after which a bespoke lighting system can be tailored to meet the needs of the specific image-processing tasks the system must perform.

In a transportation application, unfortunately, ambient lighting is often very hard or impossible to eliminate—or to ignore. Worse still, providing enough additional light to uniformly illuminate very large objects such as locomotives, tractor trailers, or even a container on top of a ship so an image can be captured accurately using either linescan or area-scan cameras can be highly challenging.

There are also a number of environmental concerns that must be addressed. In transportation applications, vision systems must be designed for conditions that might include extreme temperatures and humidity, as well as blowing leaves and debris.

On the positive side, many transportation applications have less demanding technical requirements than industrial applications. A system might only be required, for example, to measure the length of a car to within an accuracy of 1 in. On the other hand, actually detecting the boundaries of a moving car from an image may well be more problematic in the transportation environment than it is on a production line.

Another factor that differentiates imaging systems used in transportation from those used in industrial settings is their ability—or most likely inability—to be accessed and serviced. In transportation, image-processing systems are often installed in remote locations. This may make access very difficult, due to height and safety regulations. Therefore provisions need to be made to be able to access, troubleshoot, and repair such systems, perhaps even remotely.

Many of the computers, components, and networks used in the industrial vision marketplace can also be effectively used to build systems for the transportation market. But system integrators must be aware of both the advantages and disadvantages of these system-level components as the demands of the transportation environment are significantly different to those found in industrial vision.

Current industrial vision systems use many different kinds of interconnects—analog, Camera Link, USB, FireWire, and GigE—all of which can also be found in transportation applications. In the transportation environment, however, the distance, bandwidth requirements, low-cost cabling, and very low-cost connectors favor the use of the GigE interconnection standard, especially power over Ethernet (PoE). Indeed, of all the interconnection methodologies used in transportation imaging, GigE—and eventually 10GigE—will be the ones that are easiest to deploy.

The selection of the correct camera for use in a transportation application is as important as it is in an industrial setting. In transportation imaging, area-scan cameras have a particular advantage because they can be used with strobe illumination. Even so, imaging large objects at high resolution will still require stitching of images, which presents a number of challenges—especially when the object being imaged is at an unknown distance, or can be at multiple distances, from the camera.

Using linescan cameras, on the other hand, it is straightforward to create very long images of objects such as trucks or trains. Large single images of such objects can be captured as a vehicle moves by the camera, and then broken down for analysis at a later date.

While strobe lighting can be effectively used to light areas to be imaged by area-scan cameras, it cannot be used with linescan cameras due to their scan rates, which can be as high as 5000 lines/s. What is more, when using linescan cameras, it is also necessary to capture the velocity of a vehicle before an image can be reconstructed from the captured image, a problem compounded by the fact that the speed of the vehicle may change as it moves past the camera.

On the lighting front, the issues of shock, vibration, and moisture mean that a reliable form of lighting must be chosen for any transportation applications, especially since accessing a lighting system may be difficult once the system has been deployed in the field.

Environmental considerations in the transportation market dramatically favor the use of LED-based illumination. As such, lighting systems based on white LEDs or infrared (IR) LEDs are a common choice in such applications, especially near-IR LEDs with an 850-nm wavelength that is relatively invisible to the human eye. Although such LEDs need to be very well heat-sinked, if they are they can provide 50,000 hours (seven years or so) of life in an LED lighting system.

Unlike industrial vision systems, it is usually impossible to remove the ambient background light provided by the sun unless a darkened structure is built through which a train or truck might travel. In the majority of cases, of course, this is an expensive, impractical proposition.

Rather than eliminate the ambient light, then, it must be effectively managed by the vision system. But the issue is compounded by the fact that the lighting is not uniform and can change dramatically during the course of a day. Adding to the problem is that strong moving shadows may be cast on the object to be imaged from objects such as clouds, birds, and aircraft or other vehicles.

Part 2 of the series will examine how system integrators can deal effectively with the myriad of lighting conditions in an industrial transportation system.