The next round of the DARPA Robotics Challenge is set to take place next month, where teams in DRC Trial Track A will use their own robots to attempt DARPA challenges, while the teams in Trial Track B/C will use a Boston Dynamics ATLAS robot they’ve programmed in order to compete in the challenges. 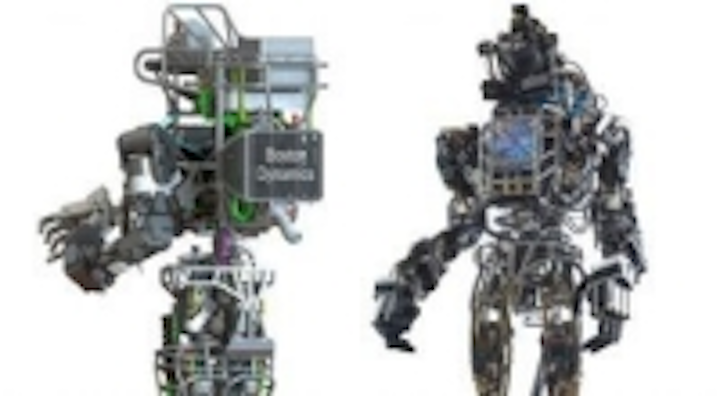 The next round of the Defense Advanced research Projects Agency (DARPA) Robotics Challenge (DRC) is set to take place next month, where teams in DRC Trial Track A will use their own robots to attempt DARPA challenges, while the teams in Trial Track B/C will use a Boston Dynamics ATLAS robot they’ve programmed in order to compete in the challenges.

Back in July, we reported on the DRC—a competition in which teams compete to further develop and program the ATLAS humanoid robot, (Tracks B/C) which was built by Boston Dynamics specifically for the program. The tracks B/C teams that finished in the top six spots were to receive an ATLAS robot and additional DARPA funding. However, as a result of NASA’s Jet Propulsion Laboratory (JPL), deciding to focus its efforts on track A— in which teams develop their own robots—those resources were offered to an additional three teams.

Next month, on December 20 and 21, the teams competing in both tracks are set to attempt to direct their robots through eight physical tasks similar to those that might be required of vision-guided robots assisting in real disaster response operations. The tasks will take place in three locations within the event site and the robots will have 30 minutes to complete each task. DARPA anticipates that most teams will take nearly the full amount of time. In addition, the competition will feature an exposition area with static displays and demonstrations by the participating teams, DARPA programs, and other government agencies and first responders that deal with disaster response.

Teams that perform well will be provided with continuing funding to support participation in the final challenge event, which will take place in December 2014.

The following teams will be participating in DRC Trial Track A: