The Apialerte biomonitoring system, which generates data which can be used to investigate the worldwide phenomenon of bee mortality, features an mvBlueFOX-IGC200w USB camera from Matrix Vision in each unit. 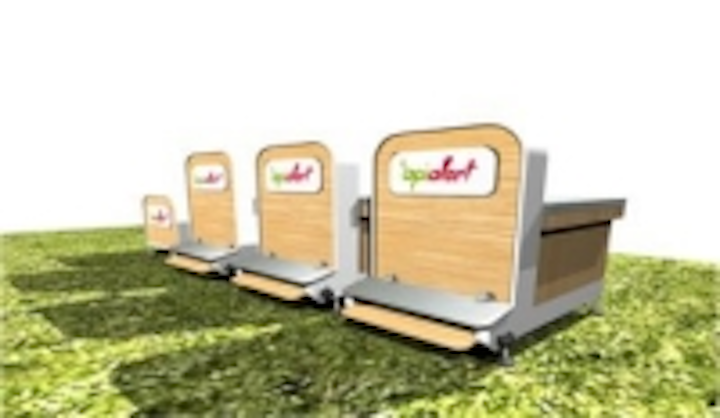 Apinov, a French engineering office that specializes in international beekeeping issues, partnered with the French National Institute for Agricultural Research to develop a biomonitoring system which studies beehives in order to learn more about the mortality rates of bees.

generates data which can be used to investigate the worldwide phenomenon of bee mortality, as well as provide an early warning system for environmental pollution. Each Apialerte unit features a camera that counts incoming and outgoing bees at the hive, with the difference between the two representing the mortality rate of the bee colony as a whole. The camera used for the Apialerte monitoring unit is an mvBlueFOX-IGC200w from Matrix Vision. This USB 2.0 camera features a 1/3" MT9V034 CMOS image sensor from Aptina with a 6 µm x 6 µm pixel size and achieves a frame rate of 90 fps.

In addition, the 752 x 480 pixel cameras feature a global shutter, 8 MPixels of on-board memory as well as drivers for Windows, Linux, and DirectShow, mvIMPACT Base library, mvIMPACT SDK library, and a range of third-party software support.

Apialerte can send a delayed or real-time alarm if the beehive behaves abnormally, including a sudden falling in the activity rate, a rapid rising of the mortality rate, or a toppling over of the beehive. A single biomonitoring unit consists of three beehives and three Apialerte systems, with each system observing one beehive. Each of the systems is connected to a Linux PC, and the PC handles the data processing.

Apilab developed the first commercial version of the Apialerte system in 2012, but continues to develop the system, having recently implemented a temperature sensor. The current version utilizes 220 V power supply, but future versions may work self-sufficiently.