Facing an extended shutdown due to a faulty impellor, a major hydroelectric facility looked for assistance in creating a 3-D model for a replacement part. Using a handheld laser scanner, engineers from NVision were able to produce a 3-D model of the original impellor and facilitate the company's replacement of the crucial part in less than a week. 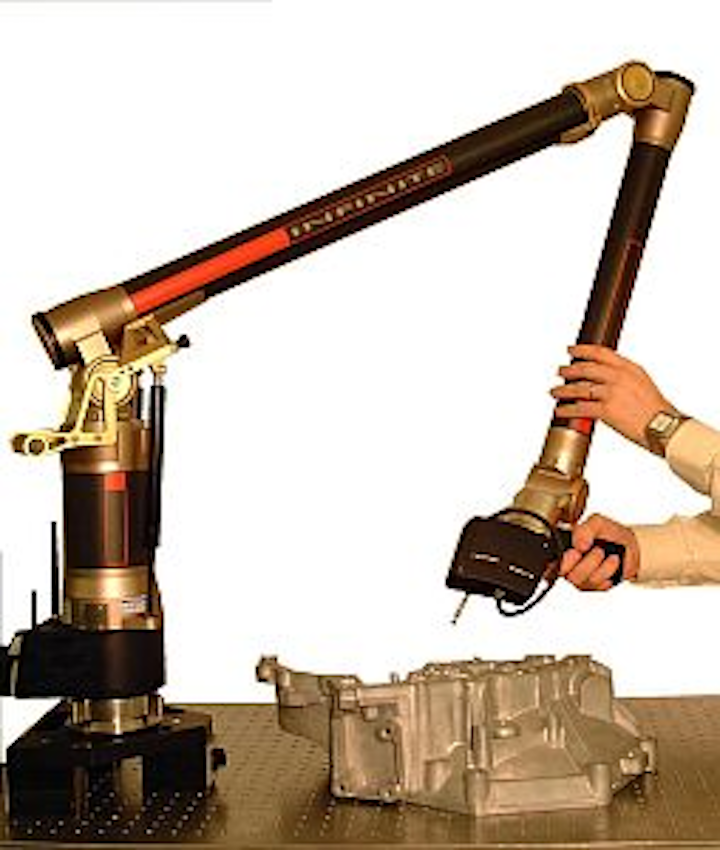 The turbines that move the water in hydroelectric plants employ massive impellors. Facing an extended shutdown due to a faulty impellor, a major hydroelectric facility looked for assistance in creating a 3-D model for a replacement part. Using a handheldlaser scanner, engineers from NVision (Coppell, TX, USA), which specializes in noncontact optical measurement systems and services, were able to produce a 3-D model of the original impellor and facilitate the company's replacement of the crucial part in less than a week.

With a refurbished impellor temporarily in use as a replacement, an NVision engineer was on site two days after the initial request, to scan the impellor using the company's HandHeld laser scanner. The scanner, attached to a mechanical arm, enables the operator to capture data rapidly with a high degree of resolution. A tripod allows portability in the field. Intuitive software allows full model editing, polygon reduction, and data output to all standard 3-D packages.

Scanning took eight hours, and included data from three locations situated throughout the part, with data being indexed into the same coordinate system using geometric features. After the data was collected and processed into an STL mesh, a SolidWorks model was created in two days. The facility received the completed model of the impellor just six working days after first calling NVision with their problem. The computer model was used to manufacture an exact duplicate of the original impellor.

Colin Ellis, engineering manager at NVision, says the Handheld laser scanner was the most appropriate tool for the project because "its ability to move freely around a part makes it possible to reverse engineer components of virtually any size and shape." He continues, "In this case, the spacing of the blades was large enough for the laser scanning head to fit through.

"By using laser scanning to reverse-engineer the impellor, the facility was able to avoid a lengthy and costly shutdown," says Ellis. "As a side benefit of the scanning, we found that the impellor being used as a replacement was greatly out of balance, with no easy way of manually checking the part to see where the problem lay. Fortunately, using our inspection software, we were able to rotate and compare the data virtually, allowing precise indication of problem areas."