Scientists at the NRC Institute for Aerospace Research (Ottawa, ON,  Canada) are investigating whether hyperspectral imaging could be used to locate missing persons who have been buried in graves. 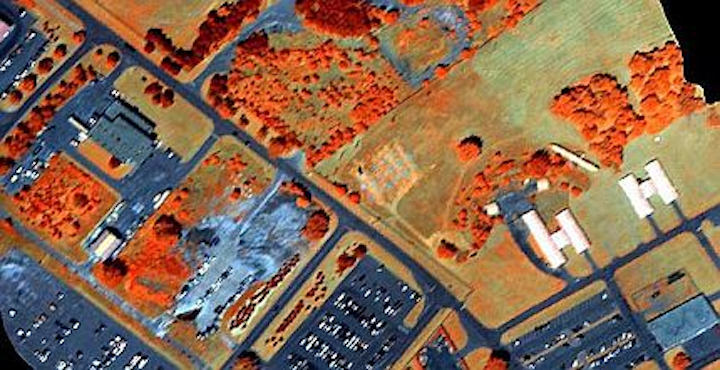 Scientists at the NRC Institute for Aerospace Research (Ottawa, ON, Canada) are investigating whether hyperspectral imaging could be used to locate missing persons who have been buried in graves.

To do so they have developed a spectrographic imager -- one of the world’s first -- that can image 160 spectral channels covering the 850-to-2500-nm wavelength range. The linear polarizer reduces haze and glare, providing a clearer picture from the air than conventional hyperspectral imagers.

To gather representative data from the imager, the researchers buried several pigs at various depths and under various conditions at NRC’s Uplands campus. They now plan to fly at regular intervals over the burial sites and use the spectrographic imager to capture images of them.

Over the next five years, they will then will monitor the spectral characteristics of the vegetation and soil at the burial sites as the pigs decompose, after which they will be able to determine whether the technique might prove useful in identifying human graves too.

SHOWN: NRC’s Uplands campus contains a pig burial site above and left of the white H buildings that will be monitored for several years from the air.