Researchers at Yale University (New Haven, CT) have developed a new way of seeing inside solid objects, including animal bones and tissues, potentially opening a vast array of dense materials to a new type of detailed internal inspection. 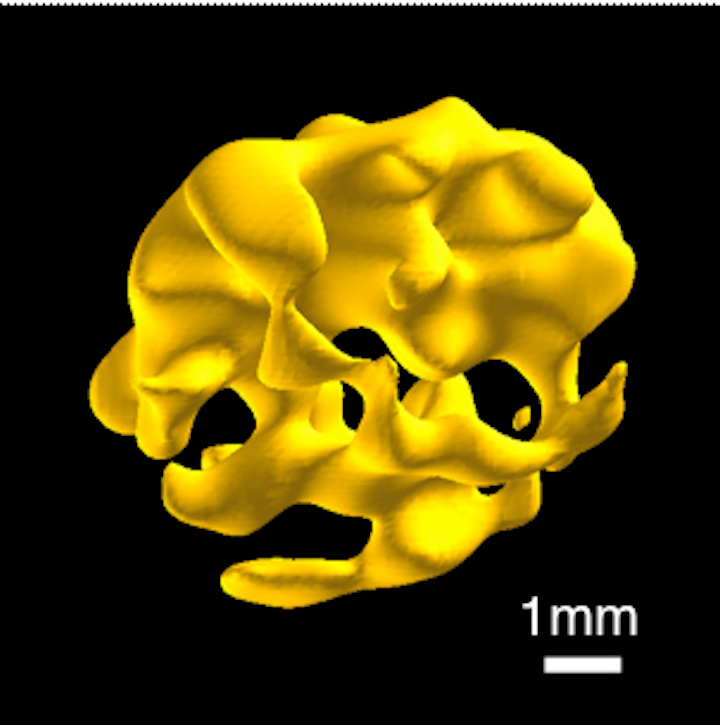 Researchers at Yale University (New Haven, CT, USA) have developed a new way of seeing inside solid objects, including animal bones and tissues, potentially opening a vast array of dense materials to a new type of detailed internal inspection.

The technique, a novel kind of magnetic resonance imaging (MRI), creates three-dimensional (3-D) images of hard and soft solids based on signals emitted by their phosphorus content. The image above shows the interior spongy bone of a rabbit femoral head, or the "ball" of the rabbit's hip bone.

So far, the new MRI method can only be applied to non-living objects. It generates too much heat, among other things, to be used on living ones. But it could also be applied to archaeological artifacts and oil- or gas-bearing rocks.

Sean Barrett, a professor of physics and applied physics at Yale, says that this new type of MRI could complement traditional MRI. And he claims that making MR images of solids should also be possible with elements other than phosphorus.

The research was supported by the National Science Foundation, the National Institutes of Health, and Yale University.