Researchers from Australia’s Defence Science and Technology Organisation (DSTO; Canberra, Australia) have used multispectral imagersl to determine the effectiveness of a number of different types of camouflage. 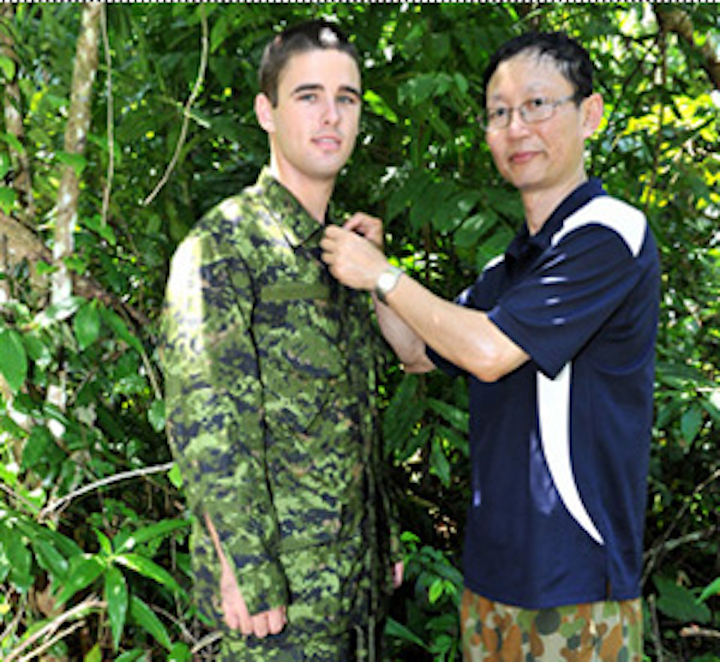 Researchers from Australia’s Defence Science and Technology Organisation (DSTO; Canberra, Australia) have used multispectral imagers to determine the effectiveness of a number of different types of camouflage.

Camouflage patterns for military uniforms trick the human eye so that soldiers are indistinguishable from the background. In modern warfare, however, a growing number of sensors can ‘see’ in parts of the spectrum where people cannot.

Therefore, designing camouflage for a wide variety of terrains, and testing it to see how effective patterns are across the visual, ultraviolet, infrared and radar bands of the electromagnetic spectrum is crucial to increase the survivability of service personnel.

For two weeks in March, researchers from the DSTO participated in an international trial in far north Queensland to test the effectiveness of up to 18 types of current and experimental camouflage uniforms in hot and humid conditions.

Chief of DSTO’s Human Protection and Performance Division Simon Oldfield said seven members of the North Atlantic Treaty Organisation (NATO) and Australia took part in the trial during which multispectral image recording and panoramic photography techniques were used to measure the effectiveness of the camouflage.

“The trial, and our membership of the NATO task group looking at camouflage, enables Australia to have access to knowledge, tools and methodologies that will inform future camouflage requirements,” says Dr. Oldfield.

Ten volunteers from the Australian Army’s 3rd Brigade modeled the uniforms for the trial which took place at the Army Jungle Training Centre in Tully.