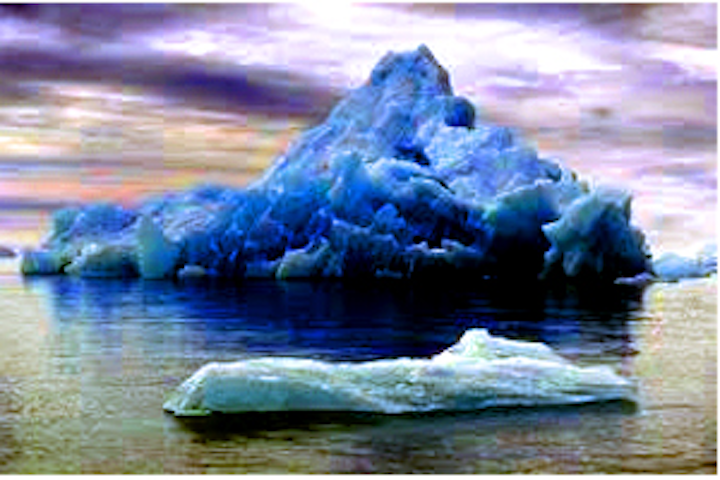 Glacial ice is difficult to track by marine radar as the radar signal is scattered by air bubbles and other imperfections in ice. Even the radar signal returns from large icebergs are much lower than from ships because of the lower radar reflectivity of ice compared with steel. Detection of ice is therefore difficult, especially if it has low or smooth profiles.

During a field test, two versions of Flir’s M-Series thermal imaging camera were mounted on a tripod next to the bridge of a vessel traversing Greenland's ice filled waters that delivers fuel to remote settlements. The thermal imaging cameras were successfully used to detect pieces of ice of different sizes and shapes.

Infrared imaging cameras can be used to detect ice because the ice is generally much colder than the surrounding ocean. Not only do the temperatures of the ice and the seawater differ, in most cases there is also a difference in emissivity. Two objects at the same temperature but with different emissivity will present different levels thermal radiance to a thermal imaging camera.

The M-Series thermal imaging camera used is available with a variety of sensors and resolutions to meet a range of maritime needs. For the ice detection test, models M-612L and M-625L were used.

Both include a thermal imaging camera with an uncooled Vanadium Oxide (VOx) microbolometer detector that produces thermal images at a resolution of 640 x 480 pixels and a 100 µlx Lowlight CCD camera, mounted in a rugged waterproof housing capable of 360° pan and +/-90° tilt that is waterproof and contains internal heating to ensure its performance even in such cold environments as the Arctic.