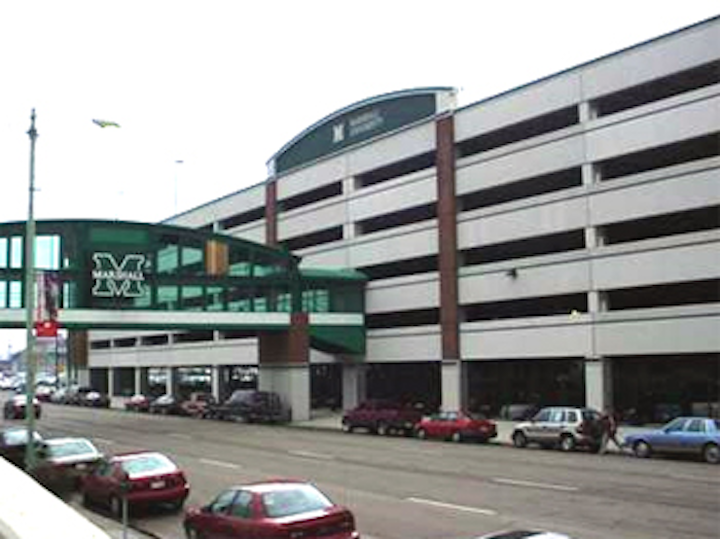 According to Tim Hall, the so-called "Spotection" system first takes a snapshot from a webcam video feed of a parking lot and then uses an edge detection algorithm used to differentiate between empty and occupied parking spots.

Images of the spaces are then turned into a graphical representation -- to avoid issues such as revealing the license plates of vehicles -- and the results displayed in a web application.

Student Tim Hall and his project partner Nitish Garg officially started work on the project in the beginning of the Fall 2011 semester.

Presently, the software that the students have developed only runs on a Linux-based operating system, but Hall and Garg are now porting it to run on Windows and Mac operating systems.

More information can be found here.