A group of scientists led by Dr. David Williams of Arizona State University (Phoenix, AZ) has produced the first global geologic map of Io, the innermost large moon of Jupiter. 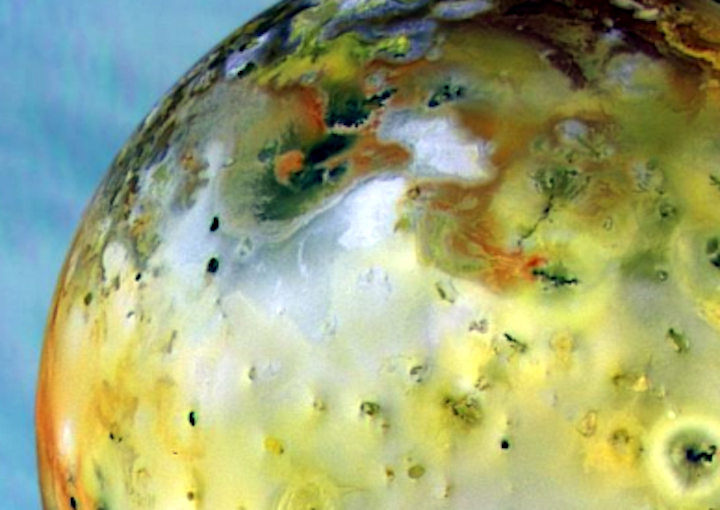 A group of scientists led by Dr. David Williams of Arizona State University (Phoenix, AZ) has produced the first global geologic map of Io, the innermost large moon of Jupiter.

The map, which was published by the US Geological Survey, illustrates the geologic character of some of the most unique and active volcanoes ever documented in the solar system.

The Io geologic map is unique from other USGS-published planetary geologic maps because surface features were characterized using four distinct global image mosaics. Produced by the USGS, these image mosaics combine the best images from NASA’s Voyager 1 and 2 missions (acquired in 1979) as well as the Galileo orbiter (1995-2003).

The detailed, colorful map reveals a number of volcanic features, including volcanic domes and depressions, lava flow fields, mountains, plume deposits, and sulfur- and sulfur dioxide-rich plains. Despite this geologic diversity, there is one particular feature that is common to the Moon, Mars, and even Earth that is not depicted on the geologic map of Io - impact craters.

"Io has no impact craters. It is the only object in the Solar System where we have not seen any impact craters, testifying to Io's very active volcanic resurfacing," says project leader Dr. Williams.

The Geologic Map of Io is available online here.