A chemical film developed by engineers at the University of Connecticut (Storrs, CT, USA) is believed to be the first of its kind to be capable of detecting vapors from buried landmines and other explosive devices. 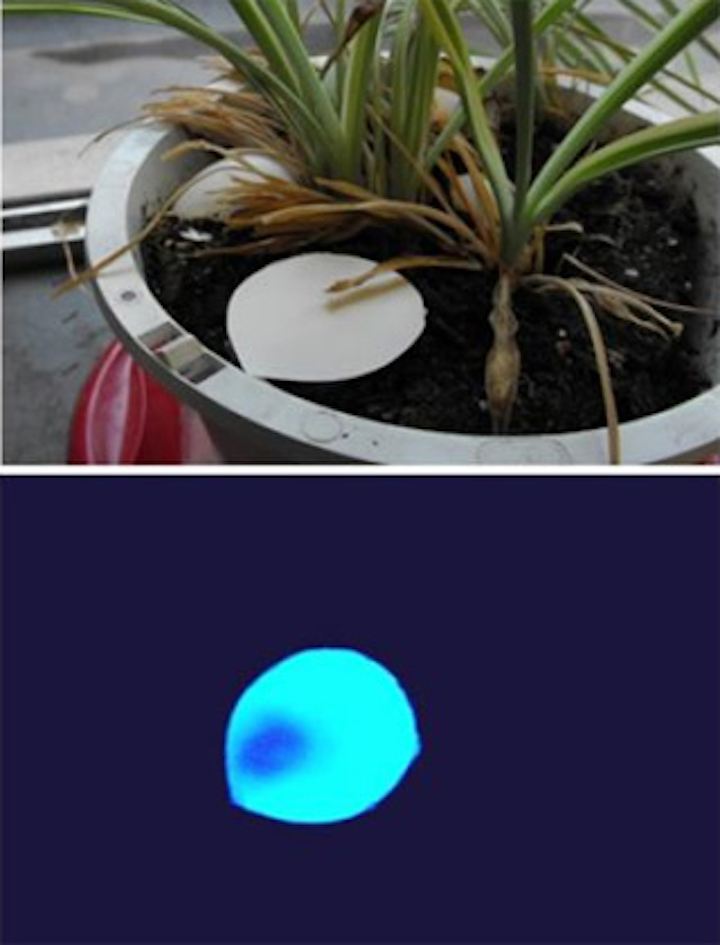 A chemical film developed by engineers at the University of Connecticut (Storrs, CT, USA) is believed to be the first of its kind to be capable of detecting vapors from buried landmines and other explosive devices.

A sheet of the light weight film can be rolled out over an area where explosives are suspected to be. If there is no explosive vapor present, the recyclable film retains a bright fluorescent cyan blue color when exposed to ultraviolet light. If explosive molecules are present, the fluorescence is quenched and a dark circle identifying the threat forms on the film within minutes.

The film can detect nitroaromatics such as those found in TNT and 2,4-DNT (the military's primary explosive and the principle components in landmines) as well as the elements used in plastic explosives such as HMX, RDX, Tetryl, and PETN. It can detect elements at levels as low as 10 parts per billion (TNT), 74 parts per trillion (Tetryl), 5 ppt (RDX), 7 ppt (PETN) and 0.1 ppt (HMX) released from one billionth of a gram of explosive residue.

University of Connecticut scientists prepared their ultra-thin film by simply electrospinning pyrene with polystyrene in the presence of an organic salt called tetrabutylammonium hexafluorophosphate (TBAH). This resulted in a highly porous nanofiberous membrane that absorbs explosive vapors.