Security system is in the cloud

University of Derby (Derby, UK) researchers have teamed up with XAD Communications (Bristol, UK) to develop a video surveillance system that will reduce the burden of analyzing images from human operators. 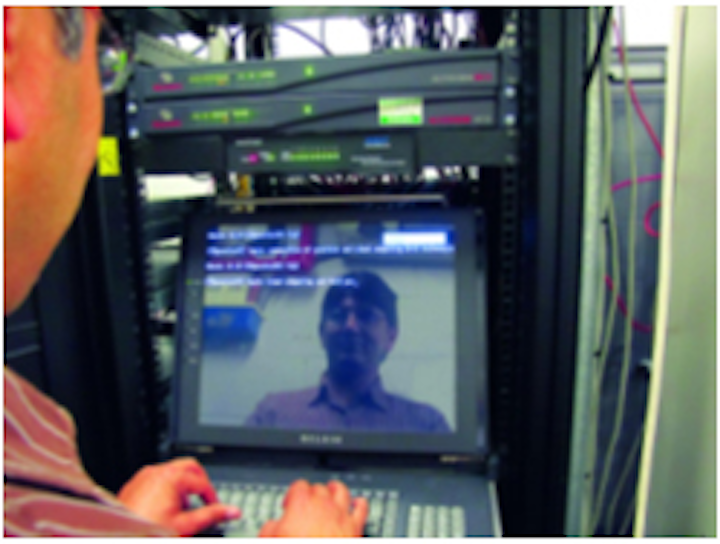 Security system is in the cloud

University of Derby (Derby, UK) researchers have teamed up with XAD Communications (Bristol, UK) to develop a video surveillance system that will reduce the burden of analyzing images from human operators.

XAD Communications are working with the university's Distributed and Intelligent Systems (DISYS) Research Group, based in its School of Computing and Mathematics, on the two-year project under a UK Knowledge Transfer Partnership (KTP) scheme.

Dr. Ashiq Anjum, a lecturer in computer science at the university, said that currently, a typical control centre involved in security might need a large number of people looking at screens, trying to interpret images and data.

"Our proposed system would do most of that interpretation for a human operator, sorting through many images so quickly it could present them with the journey of a person or vehicle in real time," says Dr. Anjum.

The project will involve the creation of a data center that will process thousands of individual data streams from surveillance cameras using servers that are both physically present in the center as well as those in the cloud.

"One of the great advantages in using cloud computing for this type of system is the greater flexibility it gives you to respond to peaks and troughs in demand. This makes it more responsive and cheaper for companies to run," says Dr. Anjum.

After the two-year project is completed it is intended that a prototype system will initially be tested on road camera networks, before being adapted for other surveillance uses.

XAD Communications will retain commercial rights to develop the eventual data centre whilst the University will hold research rights.

Interested in reading more about developments in CCTV surveillance? Here's a compendium of five of the top stories on the subject.

Engineers at the Universite Lille Nord de France (Lille, France) have developed an ultrawideband radar system that could be fitted in train stations to quickly identify objects that have fallen on the tracks, preventing serious accidents and reducing delays.

Daytime and nighttime WAVcam sensors from Innovative Signal Analysis are being evaluated in an operational testbed environment at Angel's Gate in California, which is the mouth to the Long Beach and Los Angeles ports.