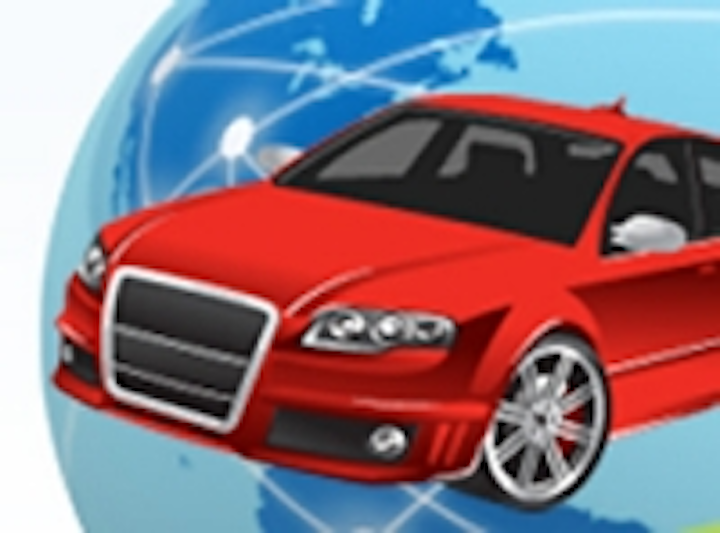 "Advanced driver assistance systems are becoming more and more sophisticated. And, while ADAS are already included on many luxury vehicle models, there is increasing demand to include them on higher-volume mainstream vehicles," says Ray Cornyn, vice president of Freescale's Automotive MCU Division.

CogniVue’s Image Cognition Processors sport a core of 96 parallel computational units that run in parallel with an ARM processor. While the 96 processors can extract features from an image, the ARM processor can analyze the extracted results in parallel. The parallel operation is non-blocking (unlike a traditional multi-core approach) because the computational units work on their own local memory leaving the main external memory in the system free for use by the ARM processor.

Being able to run pattern recognition, detection and classification algorithms, smart cameras based on the processors will be able to detect objects and people around a vehicle and measure distance to alert the driver of an impending collision.

The growth of ADAS is, in part, being driven by legislation. The US National Highway Traffic Safety Administration (NHTSA) has proposed a rear-facing camera requirement to be phased in, with all vehicles having the feature by September 2014. Legislation for front-facing cameras, particularly with embedded pedestrian detection features, is likely to follow.

Recent articles on automotive safety systems you might also find of interest.

A US insurance company is now recommending that all drivers purchase and install "dashboard cameras" to fight against what is known in the trade as "planned" automobile accidents.

With the help of a lecturer at the University of Alcalá (UAH; Madrid, Spain), a team of German researchers has developed a stereo vision system that locates pedestrians in front of a vehicle.

3.Pedestrians detected by vision and radar

Engineers at Volvo (Gothenburg, Sweden) have implemented a vision and radar system into the new Volvo V40 that aims to reduce injuries caused to pedestrians hit by automobiles.

A collaboration between the UK's Transport Research Laboratory (TRL; Wokingham, UK) and innovITS ADVANCE (Nuneaton, UK) has led to the creation of a pedestrian target which will help developers of automotive safety systems test and certify their products in a more accurate and repeatable manner.