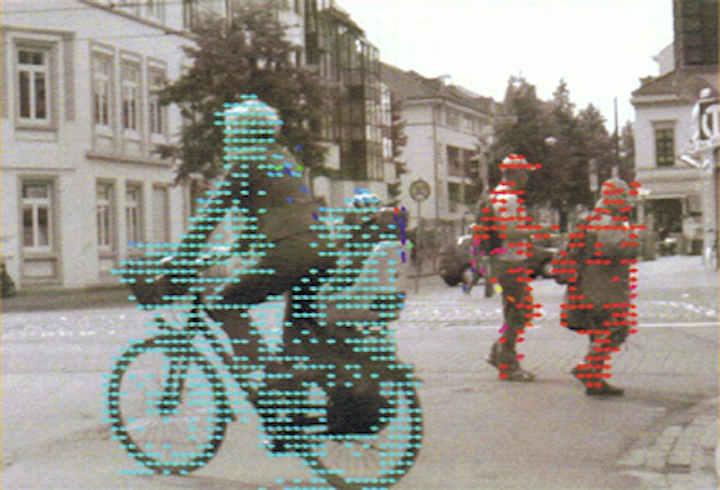 Motion detection algorithms have been widely deployed in the field of surveillance where they have been used to analyze traffic flow and movement of people in video image frames.

One of the common means used to determine and analyze the so-called optical flow of objects in such videos is to use a block matching algorithm. In use, the algorithm divides image frames into blocks, and then matches the block of pixels in one frame to a block of pixels in a consecutive frame.

While there are obviously many applications for the software in the surveillance field, engineers at Stemmer Imaging (Puchheim, Germany) also believe that such an optical flow algorithm could be usefully employed in an industrial vision system.

According to Peter Keppler, Stemmer Imaging's Sales Manager, such an algorithm could be deployed, for example, to enable the flow of products such as bottles on a production line to be analyzed.

As such, the company plans to launch its own optical flow algorithm for the first time at the upcoming Vision 2012 show in Stuttgart in November. According to Keppler, the algorithm will be rolled out as part of the company's Common Vision Blox (CVB) software.

Complementing the optical flow algorithm will be a second algorithm that has been developed to determine and compensate for image movement in video frames. The video stabilizer algorithm will also be included in an upcoming release of Stemmer Imaging’s CVB software.

Other articles on motion estimation from Vision Systems Design that you might also find of interest.

Researchers from the Illinois Institute of Technology (Chicago, IL, USA) have taken a general purpose block-matching algorithm which is commonly used for motion estimation and ported it to run on multiple NVIDIA (Santa Clara, CA, USA) GPU cards.

Researchers led by professors Frédo Durand and William Freeman at MIT CSAIL have developed a spatio-temporal algorithm to measuring a heartbeat by analyzing how skin color changes over time.