A team of UK scientists are using sonar and radar to measure the environmental effects of tidal and wave energy devices by monitoring the environment and wildlife behavior at UK test sites. 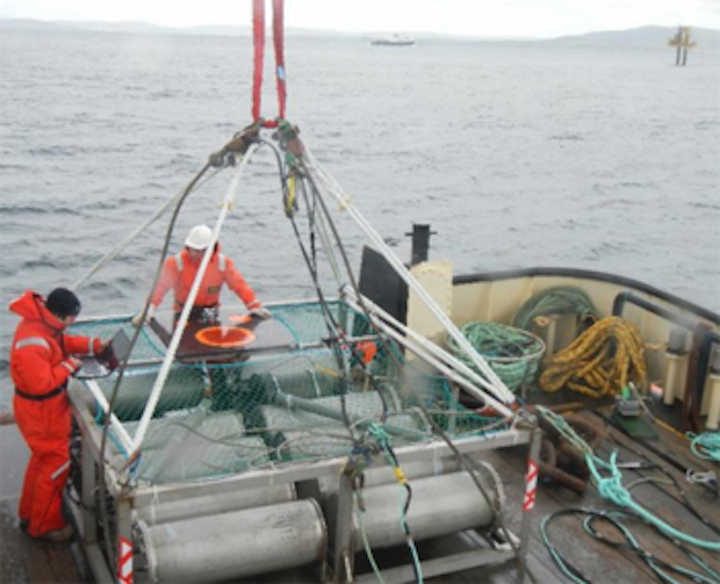 A team of UK scientists are using sonar and radar to measure the environmental effects of tidal and wave energy devices by monitoring the environment and wildlife behavior at UK test sites, the first of which is the tidal energy test area of the European Marine Energy Centre in Orkney.

At the European Marine Energy Centre, the researchers mounted two sonar systems on a seabed frame and placed it placed within 25-metres of an OpenHydro tidal turbine to monitor fish and other wildlife that pass through the area and determine how they interact with the installation. The sonar systems have been adapted to operate autonomously for several weeks, imaging a full 'acoustic curtain' along the tidal flow and around the structure.

The researchers also aim to identify the wildlife around the structure of the tidal turbine and investigate any changes in behavior caused by fluctuations in the current, waves or turbulence.

To do so, they have deployed a marine X-band radar coupled to a recording system that produces images of the sea surface and anything on the water surface or in the air close to it over a range of a few kilometers. Images from the radar system are sent back to the National Oceanography Centre enabling them to map the currents and waves at the site and track the behavior of birds and marine mammals in the immediate area.

The FLOWBEC team deployed both devices at the EMEC tidal energy test site near Eday in the Orkney Islands for two weeks at the end of June and have begun processing the data. Early results were presented at the European Conference in Underwater Acoustics in Edinburgh.