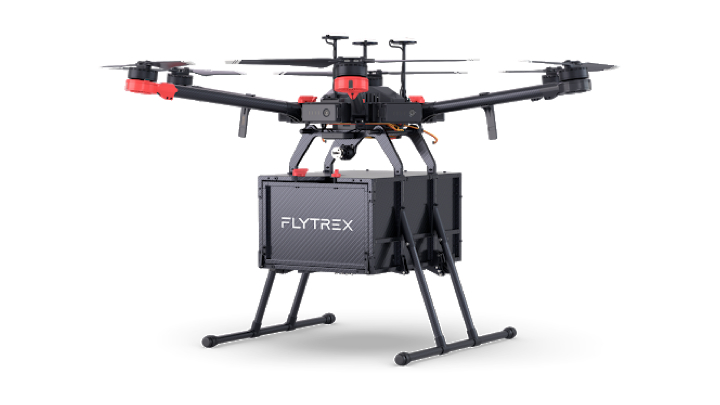 In this week’s roundup from the Association for Unmanned Vehicle Systems International, which highlights some of the latest news and headlines in unmanned vehicles and robotics, a beachgoing father flying a hobby drone avoids the potential for an unwanted shark encounter, package delivery drone parachute validation, and the North Dakota Department of Transportation gains FAA permissions for expanded drone operations.

During a recent family outing at a Florida beach, a father spotted a shark swimming near children while he was flying his UAS.

A professional photographer, the father, Daniel Watson, noticed what looked like a "shadow" lurking near his and friends' children in the water. While Watson didn’t know for sure at the time whether or not the shadow was a shark, he erred on the side of the caution and alerted his wife, who told the children to get out of the water immediately.

Upon returning home later that night, Watson saw the photos in high definition, and realized that the shadow captured via his UAS was indeed a shark.

"We are able to see its progression toward the kids," Watson says. "We see it turn around."

In one photo, the shark can be seen swimming in the direction of the children playing in the water. Another image shows the kids rushing back toward the beach and the shark swimming away.

Watson says that following the incident, two of his children were more interested in the photos of the shark, while the other child was "scared" and "nervous."

Watson says that he and his family plan on staying on land next time they make a trip to the beach.

"We will definitely be away from the water," Watson says. "We're going to be working on our sandcastle skills from now on." 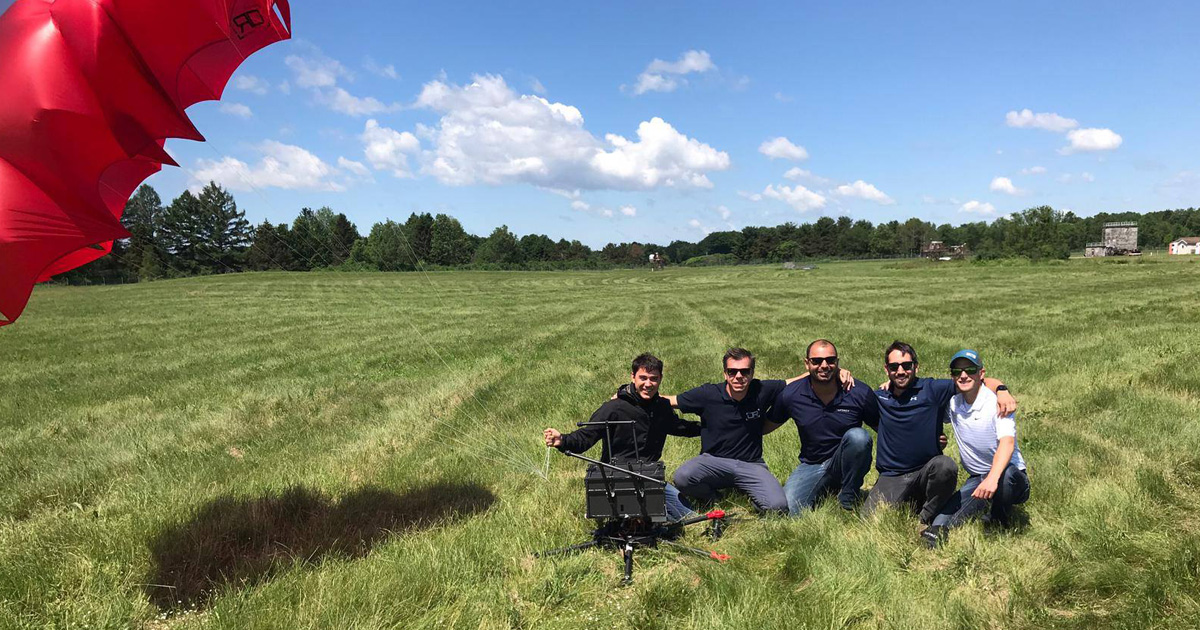 Northeast UAS Airspace Integration Research (NUAIR) has announced that it has validated the parachute on the package delivery drones of Israel-based drone company Flytrex as compliant with industry standards, after completing extensive testing at the New York UAS Test Site in Rome, New York.

For NUAIR, this is the second parachute standard validation that it has performed. NUAIR says that the validation advances the potential for commercial drone package delivery and routine flights over people.

“Such tests and partnerships support our mission to safely integrate unmanned aircraft into the national airspace. We look forward to continuing to validate industry leading technology, supporting the ever-growing commercial UAS industry.”

Under NUAIR, Flytrex’s testing of Drone Rescue Systems’ (DRS) M600 parachute supports a recently announced partnership between New York and Israel by New York State Governor Andrew M. Cuomo, as well as the creation of a UAS Center of Excellence in the Mohawk Valley, which will be led by NUAIR.

Designed to reduce the risk of harming people on the ground, the M600 parachute safely brings equipment down in the event that there is a malfunction. The parachute features a patented mechanism that deploys it within milliseconds, and it takes just a few minutes to re-pack the system and relaunch the UAS.

Flight data is stored in the DRS-M600’s traceable “black box,” which is similar to what manned aircraft do. This means that if there is a malfunction, the data can be recovered and analyzed to determine why the parachute was deployed.

During testing, Flytrex’s DJI Matrice 600 Pro equipped with the DRS-M600 was put through 45 functionality tests across five different failure scenarios. The tests were successful, and proved that the DRSM600 complies with the American Society for Testing and Materials (ASTM) International standard specification for small UAS parachutes, which opens the door for Flytrex to obtain a waiver to operate its UAS over people.

“NUAIR’s testing at the New York UAS Test Site to validate the parachute on Flytrex’s package delivery drones is helping move this company and others toward commercial UAS activity that will build the drone industry and other industries in Central New York and the Mohawk Valley,” says Empire State Development President, CEO and Commissioner Howard Zemsky.

The North Dakota Department of Transportation (NDDOT) has announced that it has received a four-year waiver from the FAA to operate UAS over people.

According to NDDOT, this is the first time that a North Dakota state agency has received a waiver to routinely conduct UAS operations over people. The approval was for a DJI Mavic 2 series equipped with a ParaZero SafeAir parachute recovery system.

“Safety is a critical aspect in increasing UAS’ legal flight envelope. We are honored that NDDOT is the first to secure a waiver for flight over people with our new ASTM F3322 compliant SafeAir Mavic,” says Avi Lozowick, vice president of Policy and Strategy at ParaZero.

Russ Buchholz, UAS Integration Program administrator at NDDOT, says, “NDDOT is excited to work with Northern Plains UAS Test Site and one of our program partners, ParaZero, to advance research focusing on safe operations of Unmanned Aircraft Systems. We are testing UAS systems and looking at how we can have safe operations that are repeatable and scalable in different types of situations.”