UPS Flight Forward will expand its drone delivery service to further support hospital campuses around the country and provide customers outside of just the healthcare industry with delivery options. 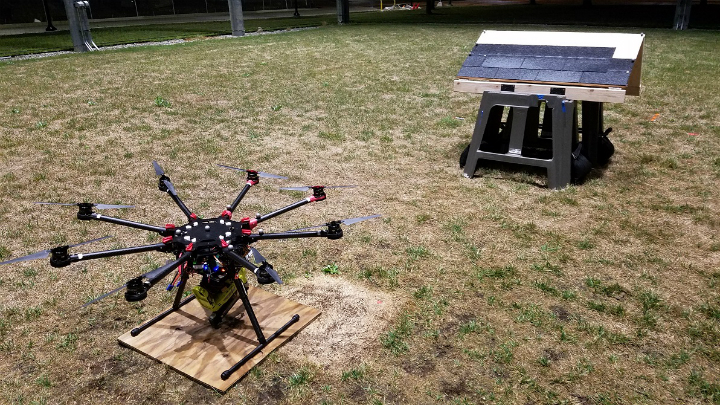 In this week’s roundup from the Association for Unmanned Vehicle Systems International, which highlights some of the latest news and headlines in unmanned vehicles and robotics, UPS is granted permission to expand its drone delivery service, a push for remote ID rulemaking in the United States Congress, and drones are trained for roofing construction. 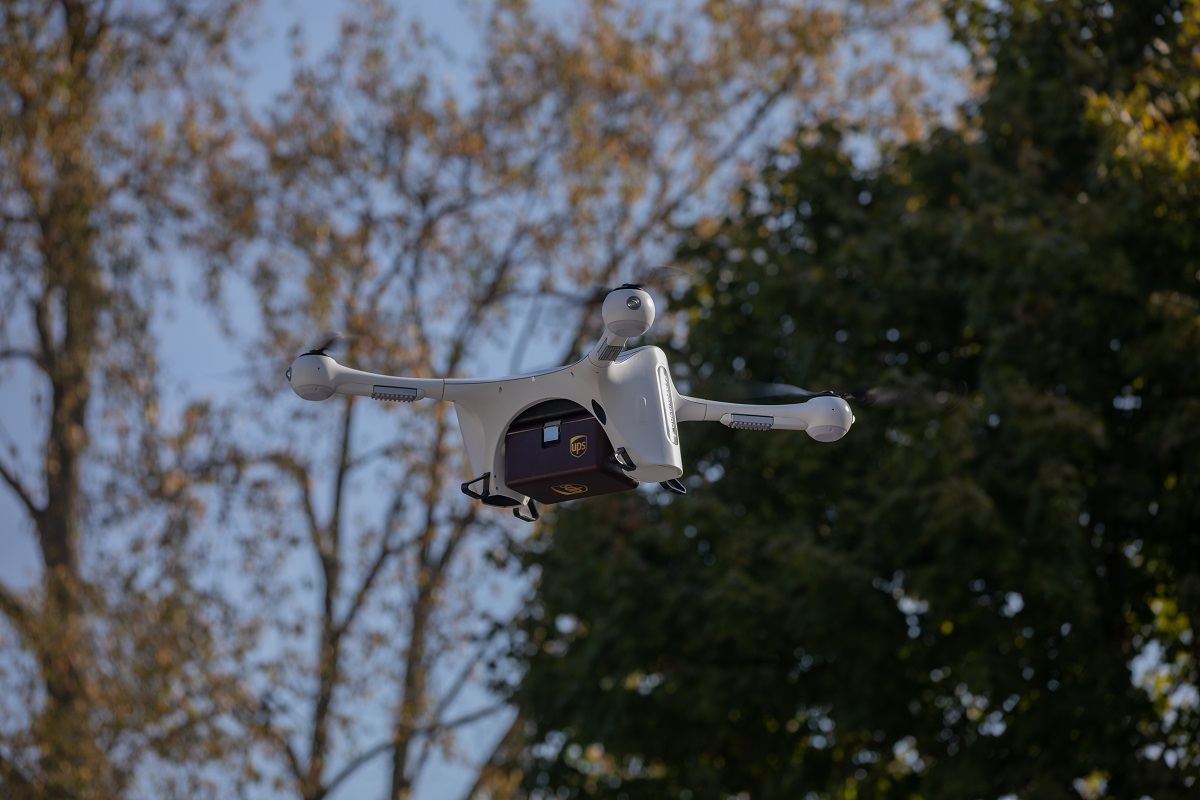 UPS Flight Forward, the subsidiary of UPS, has been awarded the first full Part 135 Standard certification from the FAA to operate a drone airline.

With this certification, UPS Flight Forward will expand its drone delivery service to further support hospital campuses around the country and provide customers outside of just the healthcare industry with delivery options.

In the future, the company plans to use UAS to transport a variety of items for customers in several industries. The company also plans to routinely fly UAS beyond the operators’ visual line of sight (BVLOS).

“This is history in the making, and we aren’t done yet,” says David Abney, UPS chief executive officer.

“Our technology is opening doors for UPS and solving problems in unique ways for our customers. We will soon announce other steps to build out our infrastructure, expand services for healthcare customers and put drones to new uses in the future.”

After being awarded the Part 135 Standard certification on Friday, Sept. 27, UPS Flight Forward immediately launched the first drone delivery flight by any company under Part 135 Standard at WakeMed’s hospital campus in Raleigh, North Carolina. Utilizing a Matternet M2 quadcopter, the flight was conducted under a government exemption that allows BVLOS operations, which is also a first in the U.S. for a regular revenue-generating delivery.

UPS partnered with drone-maker Matternet earlier this year to launch its healthcare delivery service on the WakeMed campus.

The highest level of certification, the FAA’s Part 135 Standard certification has no limits on the size or scope of operations. With the certificate, UPS Flight Forward can fly an unlimited number of UAS with an unlimited number of remote operators in command, which allows the company to meet customer demand by scaling its operations. Under Part 135 Standard, the UAS and cargo can also exceed 55 pounds and fly at night, which were previous restrictions that governed earlier UPS flights. 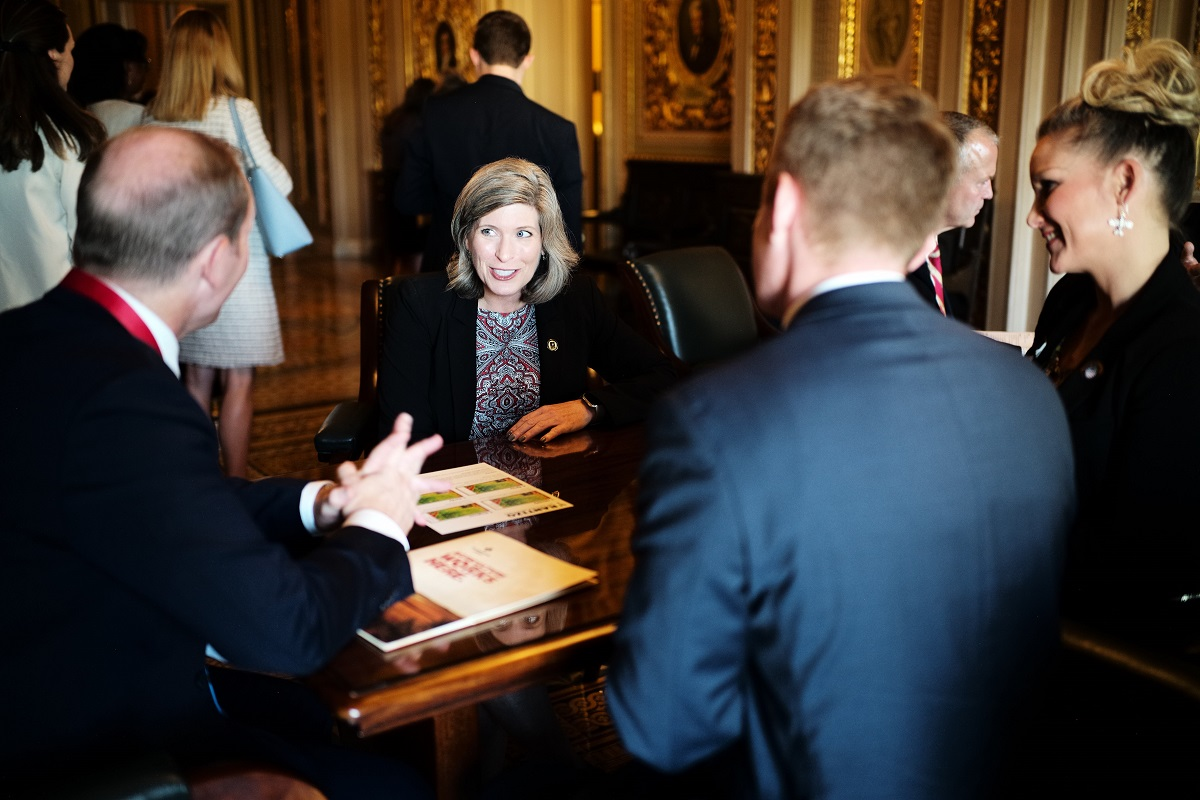 One of the biggest topics of discussion during AUVSI’s annual Hill Day on Wednesday, Sept. 25 was remote identification and the progress, or lack thereof, on this rulemaking.

“This is one issue we’re not going to let up on,” said Rep. Daniel Lipinski.

Like many in the UAS community, Lipinski, who co-chairs the House UAS Caucus, believes the FAA is moving too slow on the rules for remote ID. These sentiments were echoed by Rep. Sam Graves, the ranking member of the House Transportation and Infrastructure Committee.

“I think that has a lot to do with the simple fact that I don’t think they really know which direction they’re going,” Graves said.

With this in mind, progress on the remote identification and tracking rulemaking is a priority on a “very aggressive agenda” for AUVSI’s UAS Advocacy Committee. According to Committee Vice-Chair Anne Bechdolt, the committee’s agenda is heavily tied to the 2018 reauthorization directives.

“That bill set forth a very clear agency directive for both DOT and our interagency partners at DOD and DHS,” Bechdolt said.

Bechdolt, the managing director at FedEx Express, noted that as of Sept. 12, remote ID rulemaking is now under review with the administration of the office and management budget, which is a “significant step forward for addressing those interagency concerns.”

Additionally, “that rulemaking is key in order to advance some of the more advanced operations like operations over people and operations beyond visual line of sight,” Bechdolt added.

Unmanned systems are slowly being integrated into society through a variety of pilot programs and testing efforts. As this technology is tested more and more, failures are a real possibility, but Graves said he hopes these potential failures don’t undo all of the positive progress that various entities across the country have made.

“What I worry about, more than anything else, is there being an accident and then the pendulum swinging way too far,” Graves said, adding that Congress has a “nasty habit” of doing that, “because then emotion plays into it, and we quit using data as a driver for legislation, and all of sudden now we use emotion.”

This, Graves said, leads to industries and innovation being stifled.

Aside from potential technology mishaps, bad actors could also cause great damage, Graves said, which could also lead to long-term negative ramifications.

“Every industry out there has the folks out there that don’t play by the rules, and that’s what we have to worry about,” Graves said.

Graves said the industry needs to focus on being positive and proactive, but it also needs to be ready to react when something negative occurs.

A certification program for professional remote pilots and training organizations, TOP is a “really good example of how the industry has come together and collaborated to solve some of the challenges that we have in the absence of regulations,” she said.

“We’re not waiting for the FAA to make our remote pilots safer and stronger, or our systems smarter and safer. We’re actually harnessing the industry and industry consensus standards to do that,” Lamb said.

“This industry consensus certification program was built by the industry, for the industry, to go out there and solve real problems and provide solutions to those issues of unification of remote pilot training and safety framework.” 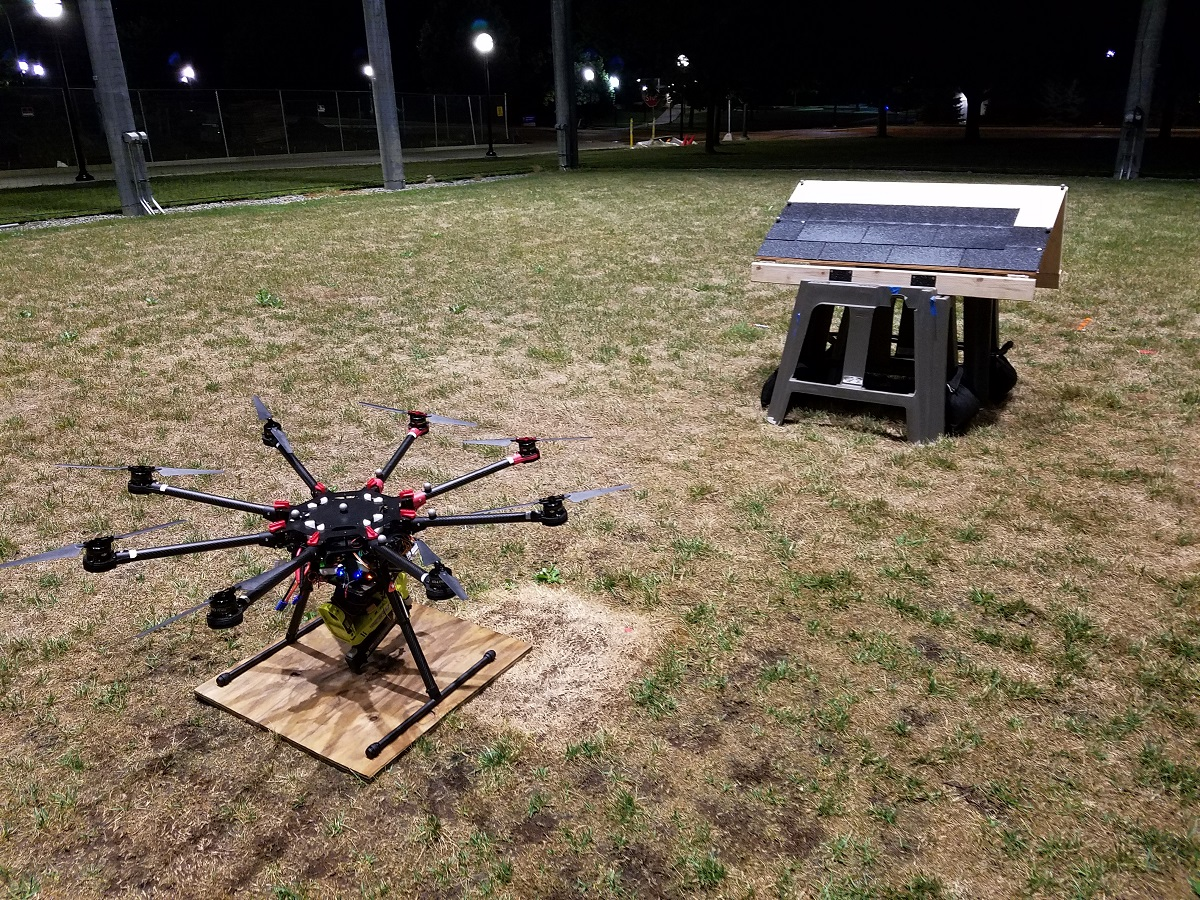 Researchers at the University of Michigan have demonstrated an octocopter attaching asphalt shingles to roofs with a nail gun.

The UAS is autonomous, which means that it can position the nail gun on a nailing point, place the nail and move to the next point all without any human intervention needed.

“For me, the biggest excitement of this work is in recognizing that autonomous, useful, physical interaction and construction tasks are possible with drones,” says Ella Atkins, a professor of aerospace engineering and robotics.

Atkins adds that tasks that are considered “dull, dirty and dangerous” are best suited to robotization, which could potentially move the human workforce on to cleaner, safer and more interesting jobs.

To fire the nail gun, the team started by measuring the force needed to compress the point of the nail gun, which has to be done before a nail will deploy. After this, the team wrote software that would enable the UAS to apply that force.

Researchers note that the off-the-shelf version of this electric nail gun requires a trigger to be compressed as well, but the team turned that into a virtual switch, which activated when the octocopter was in position to place a nail.

According to the researchers, right now, the UAS is slow compared to human roofers.

“Initially, we tried using faster approach speeds to minimize nailing time. However, for those attempts, the nail gun tip often bounced off the roof, which meant it either wouldn’t trigger or it would trigger in the wrong place,” explains Matthew Romano, a robotics Ph.D. student and first author on the paper submitted to the International Conference on Robotics and Automation.

Atkins argues, though, that the UAS is already as fast as she and her spouse were when they put the first nails into the house that they re-roofed when they were graduate students.

“A novice roofer—who’s never climbed on a roof, who’s never used a nail gun—they start out slow. That learning process, the evolution from them being a complete novice to being successful, is something that we’ll need to see in this system as well,” Atkins says.

Researchers identified a few other areas of improvement for the UAS. For one, the UAS should be powered by tether instead of battery. The system can only run for a little more than 10 minutes at a time since batteries and nail guns are both heavy. A tether would allow the UAS to run indefinitely, and with an air line running alongside the power cable, the nail gun could be a more effective pneumatic model.

Additionally, a system of cameras and markers is more complicated than a roofing UAS would actually need, the researchers note. Shingles are marked with a shiny adhesive strip, and there is also a color difference between the exposed surface and the portion that lies beneath the next layer of shingles.

“It would be pretty easy to have a camera system mounted on the octocopter that understands both the orientation of the shingle and its position,” Atkins says.