The platform also eliminates the difficulty of adapting legacy connectivity. 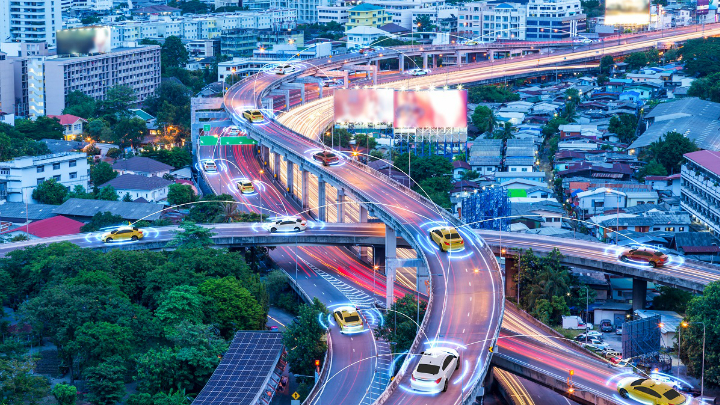 Connext Drive allows autonomous vehicle makers to develop and build vehicles without the high risk and cost of in-house technologies.

In this week’s roundup from the Association for Unmanned Vehicle Systems International, which highlights some of the latest news and headlines in unmanned vehicles and robotics, new software for highly autonomous vehicle production, DJI demonstrates technology to secure drone/operator identity, , and AI that produces HD maps for self-driving vehicles.

Real-Time Innovations (RTI) has unveiled Connext Drive, a platform that the company says provides the necessary software and tools to automotive manufacturers to build highly autonomous vehicles and fleets.

RTI says that Connext Drive allows autonomous vehicle makers to develop and build vehicles without the high risk and cost of in-house technologies. The platform also eliminates the difficulty of adapting legacy connectivity, as it bridges both research and production technologies, and supports development from prototype to end use.

Equipped with a native Software Development Kit (SDK) for developing and integrating vehicle applications, Connext Drive supports software from the research phase all the way through to production.

The platform is built on the open Data Distribution Service (DDS) standard, which means that it implements “data-centric” connectivity that offers a virtual “distributed shared memory,” allowing advanced algorithms to get all the necessary data while reducing in-vehicle wiring.

RTI notes that the DDS standard is specified by important automotive ecosystems such as ROS2, AUTOSAR, and several commercial designs, which allows Connext Drive be the first and only platform that can integrate DDS, ROS2, AUTOSAR Classic, and AUTOSAR Adaptive.

This allows OEMs to work with the standard, or standards, that best meets their needs at different points in the innovation cycle.

“The reason we decided to work with RTI’s technology as the connectivity framework was for the superior reliability, a critical factor in the development of autonomous driving. With Connext, we can guarantee the utilization of bandwidth with TCP + UDP, ensure flexibility through multiple QoS strategies and apply standards-based security and safety. We are looking forward to accelerating innovation in autonomous driving together with RTI.”

According to RTI, Connext Drive addresses a variety challenges including the increasing demand for security in vehicles, the ability for vehicles to operate non-stop, and the overall challenge of developing autonomous systems.

During the demonstration, DJI drones used the new, proposed ASTM standard for drone remote identification to broadcast their identity. WhiteFox’s cloud services cryptographically verified the UAS, providing an unforgeable link between the drone and operator's identity.

The standard supports several types of receivers including smartphones, laptops, and dedicated hardware, all using widely deployed technologies such as Wi-Fi and Bluetooth.

“It is important we do Remote ID security right, and it is also important that it be optional. It’s possible not all airspaces will require security, but within spaces that do, we must be assured of the true identity of both a drone and its operator,” explains WhiteFox Head of autonomous vehicle security, Dr. Zachary Peterson.

“Without security, my drone can be your drone, a police drone—it can be anything I want.”

Stephen Creamer, ICAO’s director of Air Navigation Bureau, added, “we want to show Secure Remote ID to demonstrate the flexibility and the power of the ASTM standard when it’s coupled with some core concepts associated with registration and the evolving trust framework…essentially [allowing] us to digitize certification and identification globally for all aviation where it matters for safety.”

Currently before the FAA for adoption and rule-making, the proposed standard will provide a framework around issues like which airspace will require Secure Remote ID, such as large public events, prisons, and critical infrastructure.

TomTom (TOM2) and the University of Amsterdam (UvA) have announced the launch of the Atlas Lab, which is a new public-private research lab that will focus on using artificial intelligence (AI) to develop “advanced, highly accurate and safe” high definition (HD) maps for self-driving vehicles.

TomTom and UvA are working together to research how AI can be used to create HD maps suitable for all levels of autonomous driving.

“At the UvA we are already doing research on automated recognition of items in images and videos. Yet the recognition of items and creation of HD maps in highly complex situations like a moving car, is still a huge challenge,” explains Theo Gevers, one of the scientific directors at Atlas Lab.

“This collaboration with TomTom provides an extra dimension to new and challenging AI-research.”

According to TomTom and UvA, five PhD students will spend the next five years working in the Atlas lab on projects contributing to automated recognition of items such as traffic signs, 3D-localization of vehicles and combining lidar laser and camera images.

Mobile mapping vans equipped with sensors such as lidar-systems and cameras are being used to retrieve data.

“TomTom is pushing the boundaries of the use of AI for making HD maps for self-driving cars,” says Harold Goddijn, TomTom’s CEO.

“We need groundbreaking research into AI technology, which is why we’re collaborating with UvA’s world-leading AI department on this initiative. This will move us a step closer to an autonomous future with safer roads, free of congestion and emissions.”