A glimpse into how the scientific community might leverage UAV technology

Scientific research flights using unmanned aerial systems are currently operated by the federal government and public institutions, but private commercial drones could be launched into airspace by as soon as 2015. 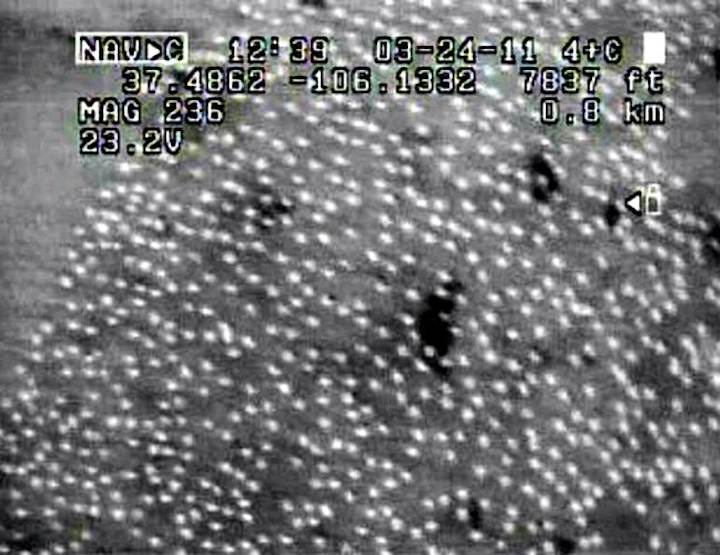 Around 2005 when the early model Ravens—small remote-controlled unmanned aerial systems—were being used to monitor enemy positions from a distance, they cost about $250,000 per system. The AeroVironment drones were slated for destruction when an Army Colonel decided they may be of good use for scientific research, and had the drones retrofitted for civilians with new cameras and gauges and donated to the Geological Survey, according to a New York Times article.

The first civilian, science-related mission involved counting sandhill cranes, a task that usually involves a biologist flying in a plane or helicopter. With the use of a drone, which has the ability to fly very close without scaring off animals, scientists were able to utilize (use) a thermal imaging camera on the Raven to count the cranes while they were settled in the wetlands during the evening.

Jim Dubovsky, a migratory-bird biologist with the United States Fish and Wildlife Service, told the New York times that the birds appeared as “grains of rice on a piece of dark paper,” and the result of the ensuing count was as accurate as a regular, manned flight.

The Raven system is a lightweight solution designed for deployment and high mobility for military applications requiring low-altitude surveillance and reconnaissance intelligence. It can be operated manually or programmed for autonomous operation, which utilizes avionics and GPS navigation systems. It has a line-of-sight range of up to 10 kms, is available with an optional gimbaled payload, and delivers pseudo-colored infrared images to ground control and remote viewing stations. Though its specifications certainly suggest its primary use is in military applications, it has caught the attention of those who may use it for scientific purposes.

So going forward, what type of impact can we expect when it comes to using drones in scientific research? Perhaps not an immediate one, as most scientific flights are currently operated experimentally by the federal government and by public institutions. The Federal Aviation Administration is working on new guidelines, however, which would allow for the integration of private commercial drones into the airspace in 2015.

Some in the scientific community are already waiting eagerly for the new rules to be adopted, as they expect the approval to result in safer, lower-cost data capture, according to the article.