The MQ-8C Fire Scout drone is ready for service, London police use UAS to crack down on dangerous drivers, and the Pennsylvania Department of Transportation approves use of UAS. 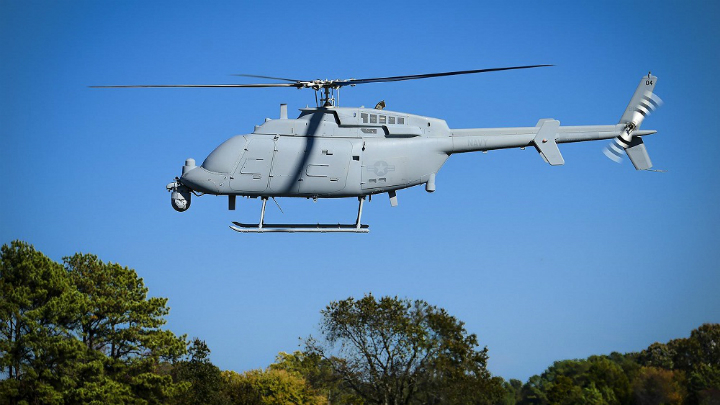 In today’s roundup from the Association for Unmanned Vehicle Systems International, which highlights some of the latest news and headlines in unmanned vehicles and robotics, the MQ-8C Fire Scout drone is ready for service in the U.S. Navy, London police use UAS to crack down on dangerous drivers, and the Pennsylvania Department of Transportation approves use of UAS.

The U.S. Navy has declared initial operational capability of the MQ-8C Fire Scout unmanned helicopter, which clears the way for fleet operations and training.

“This milestone is a culmination of several years of hard work and dedication from our joint government and industry team,” says Capt. Eric Soderberg, Fire Scout program manager.

“We are excited to get this enhanced capability out to the fleet.”

Considered an endurance and payload upgrade to its predecessor, the MQ-8B, the MQ-8C variant provides up to 12 hours on station depending on payload. The UAS also incorporates the commercial Bell 407 airframe.

Built by Northrop Grumman, the Fire Scout extends the range and endurance of ship-based operations, which compliments the manned MH-60 helicopter. The UAS provides the Navy with unique situational awareness and precision target support.

To date, the MQ-8C has flown more than 1,500 hours with more than 700 sorties. Northrop Grumman will continue MQ-8C production deliveries to the Navy over the next few years so that it can complete a total of 38 aircraft.

An upgraded radar will be installed on the MQ-8C, which will allow for a larger field of view, as well as a variety of digital modes such as weather detection, air-to-air targeting and a ground moving target indicator (GMTI).

The UAS is expected to deploy with LCS in fiscal year 2021, while the MQ-8B conducts operations aboard LCS in 5th and 7th Fleets.

London's Metropolitan Police Service will use a UAS to help crackdown on dangerous drivers. According to the force, the UAS will target "road users engaged in dangerous driving, such as racing, that could potentially put others at risk."

The specific of the aim of the UAS is tackling dangerous drivers, “rather than targeting all speeding motorists,” the force says. It will provide officers on the ground with information to allow them to deal with any suspects.

The UAS will be used from July 22 to 26 during Vision Zero week, which is a week of action that is part of an initiative that aims to eliminate all deaths on the capital's roads by 2041.

"We can confirm that a police drone is being used to support the Roads and Traffic Policing Command activity as part of the Vision Zero week of action to reduce deaths and injury on London's roads,” a spokesman says.

"The drone is being used to support gathering of intelligence and evidence."

Woolpert receives approval from PennDOT to use UAS for state projects

International architecture, engineering and geospatial (AEG) firm Woolpert has become the first provider to receive approval from the Pennsylvania Department of Transportation (PennDOT) to use UAS for state projects.

On July 2, Woolpert had surveying, mapping and geospatial professionals complete PennDOT's UAS training, which is part of the agency’s certification process. UAS operators are also required to obtain a Part 107 Remote Pilot Certificate through the FAA.

“As we continue to enhance our service offerings in Pennsylvania, we found the training extremely valuable in gaining a better understanding of how PennDOT wants to use UAS and the expectations they have for safe and successful operations,” says Woolpert Geospatial Practice Leader Tom Ruschkewicz, who attended the training.

Another participant in the training was Woolpert UAS Technology Manager Aaron Lawrence, who is a certified PennDOT UAS operator. Lawrence says that the certification that Woolpert earned is “an example of the multiple state and national efforts underway to safely integrate UAS into national airspace.”

“The commercial use of drones is moving in the right direction, as evidenced by the many required UAS qualifications,” Lawrence says.

“We hope to see these safety and proficiency standards become universal; however, it is important to understand that each state has its own regional and environmental concerns. In the meantime, we at Woolpert will continue to ensure our staff is proficient in UAS applications in general and in those specific to each agency’s needs. It’s what we do.”

Woolpert notes that in 2014, it became the first surveying and mapping firm to receive approval from the FAA to fly UAS commercially in designated airspace through its Section 333 exemption.

Since then, Woolpert has used UAS to support a number of different projects. Having invested in various UAS platforms, Woolpert currently employs 18 FAA Part 107 certified pilots.