This week’s roundup from the Association for Unmanned Vehicle Systems International (AUVSI), which highlights some of the latest news and headlines in unmanned vehicles and robotics, covers the United States Armed Forces’ new small unmanned ground vehicles, a new vertical take-off and landing unmanned aerial system (UAS) for utility inspection, and the new UAS from FlightWave Aerospace Systems, which is a "long-range, high-endurance, vertical take-off aircraft."

This week’s roundup from the Association for Unmanned Vehicle Systems International (AUVSI), which highlights some of the latest news and headlines in unmanned vehicles and robotics, covers the United States Armed Forces’ new small unmanned ground vehicles, a new vertical take-off and landing unmanned aerial system (UAS) for utility inspection, and the new UAS from FlightWave Aerospace Systems, which is a "long-range, high-endurance, vertical take-off aircraft." 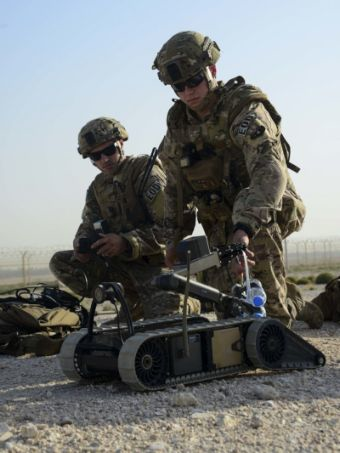 The SUGV meets IP67 ratings, can operate in all environmental conditions, and has increased capabilities thanks to its ability to integrate various sensors and hardware.

The SUGV can also climb and descend stairs, and it provides "dexterous and robust manipulation and lift/inspection capabilities," while also having the ability to extend "operational range through mesh networking" with other Endeavor systems that are deployed.

According to Endeavor Robotics, the integration of the mesh networking with the company’s robots is a "force multiplier" for warfighters, as it greatly increases the distance of unmanned ground operations, and it allows operators to use a common controller interface to control or observe multiple robot assets.

"The delivery of 32 SUGVs equipped with our uPoint Multi-Robot Control System advances the entire install base in terms of interoperability across the family of Endeavor Robotics' systems," says Endeavor Robotics CEO Sean Bielat.

"These systems will augment the approximately 1,000 SUGVs already in use by our Armed Forces."

The SUGV has been in service across the United States Armed Forces since 2009. 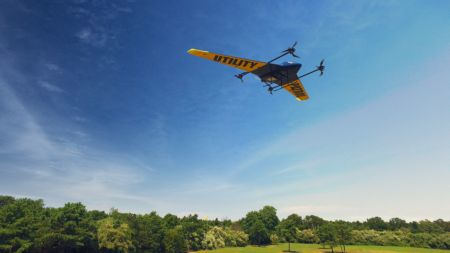 As a robotics, energy services and research and development company with a focus on the energy and utility industries, UCL Robotics has developed this commercial-grade VTOL UAS to "meet the inspection needs of electric and gas utilities."

ULC’s Aerial Services and engineering teams designed and built the UAS from the ground up. Thanks to a sensor payload capacity of 10 pounds, the aircraft, which has a 10-foot wingspan, can conduct fully-autonomous aerial inspections and assessments of different utility structures and properties, such as right of ways, gas transmission pipelines, and electrical transmission lines.

To develop the VTOL UAS with the most "beneficial commercial utility applications," ULC Aerial Services is working with gas and electric utilities from around the country.

Upcoming test flights and pilot programs using the UAS will play a crucial role in the aircraft’s ability to collect valuable imagery and data, for enhancing utility infrastructure.

ULC will equip the UAS with a variety of sensor and monitoring payloads, to allow the platform to "collect specialized data for the divisions’ utility customers."

The UAS will continue to be flight tested with "radiometric thermal cameras and high-resolution DSLR imaging systems," and more than one system can be included on the aircraft at a time, thanks to its payload capacity. ULC also plans to integrate LiDAR, gas leak detection sensors and other advanced systems onto the payload of the UAS.

For its vertical take-off and landing capabilities, the UAS has a set of eight quadcopter rotors, and after reaching an altitude and airspeed that have been predetermined, the UAS transitions into "highly-efficient, forward flight combining the practical functionalities of multi-rotor UAV and the speed and range of a fixed-wing aircraft."

Currently, the UAS is running an electric propulsion system with a flight time of 60 to 90 minutes. In the near future, ULC Aerial Services plans on integrating an electric/gas hybrid propulsion system that will allow for a five-hour endurance, as well as a 50 MPH cruise speed (250-mile range), which will lay the foundation for beyond visual line of sight (BVLOS) operations.

A strategic aspect of the aerial services program involves the planning for BVLOS flights with the VTOL UAS and ULC’s other unmanned aircraft. This will allow the company’s utility customers to "adopt the most efficient and cost-effective UAV services."

Using the VTOL UAS, utility inspectors can assess infrastructure health from the safety of their desk using the data that is collected from the UAS, which is a safer alternative to electric utility infrastructure inspection methods that are currently used.

Current methods oftentimes require utilities to fly helicopters over the inspection site several times a year, which can be a costly process, and a dangerous one for workers due to low airspeed and altitude.

Between offsetting the use of helicopters, and its sensor payload, the VTOL UAS "brings a new level of innovation to utilities that improves asset reliability, reduces the environmental footprint and increases safety." 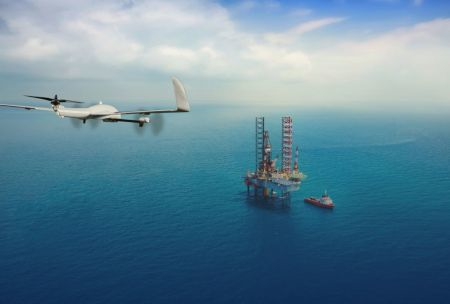 Designed and manufactured in the United States, the UAS offers a variety of unique features, including its ability to perform in various weather conditions and having a wind rejection up to 40 knots; its versatility, as in just seconds, the UAS can automatically transform from a tri-copter to forward flight; and its endurance, as the UAS can fly for more than two hours at a time in cruise and up to 100 km range per charge.

​Thanks to these features and more, FlightWave CMO Edmund Cronin says that the UAS can be used for a plethora of missions.

"This aircraft is no toy. It provides budget-sensitive capabilities that enable customers to achieve their mission for less money," Cronin says.

"The Edge is ideal for mapping, remote patrol and surveillance, ecosystem monitoring, and other scenarios calling for affordable, long-range eyes in the sky."

In an effort to give customers their own unique flight experiences and functionalities while using the FlightWave Edge UAS, FlightWave invites partners and customers to participate in the company’s "Payload Partner Program," which is an initiative to "open-source an integration kit for the Edge’s payload/nosecone."

Cronin says that FlightWave is the only company to offer an open-source platform to integrate new sensors. He notes that while some clients will design something so specific to their unique needs that it might only be made once, others might design something that will "excite the whole marketplace and, once certified, will be made publicly available in our store."

"We know we’ll be surprised — and likely inspired — by what new sensors our partners design to fly," adds Cronin.

Accompanying FlightWave’s announcement of the FlightWave Edge UAS is the announcement that the company has also received an investment from Breakout Labs, the Thiel Foundation’s program of support for deep technology companies.

In an interview with Unmanned Systems magazine, FlightWave co-founder Trent Lukaczyk says that the company is very excited about the investment, as it will "provide a lot of opportunities" for the company going forward.

Lukaczyk co-founded FlightWave in 2014 along with Michael Colonno. Both received their PhDs from Stanford University.