This week’s article from the Association for Unmanned Vehicle Systems International (AUVSI), which highlights some of the latest news and headlines in unmanned vehicles and robotics, covers NASA’s unmanned aerial system (UAS) traffic management system for managing drone air traffic, as well as applications involving beyond visual line of sight test flights in Canada and France.

This week’s article from the Association for Unmanned Vehicle Systems International (AUVSI), which highlights some of the latest news and headlines in unmanned vehicles and robotics, covers NASA’s unmanned aerial system (UAS) traffic management system for managing drone air traffic, as well as applications involving beyond visual line of sight test flights in Canada and France. 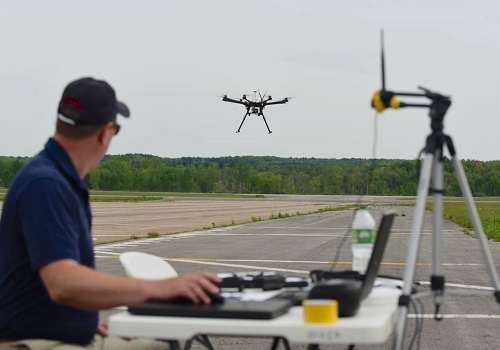 There could be 7 million UAS vehicles flying in U.S. airspace by the year 2020, according to the FAA. It’s a staggering number, especially when it comes to safely managing all that air traffic.

To get a sense of what the skies may be like in just a few years, imagine the following scenario: firefighting aircraft are racing to the scene of a wildfire, only to find their air path strewn with municipal UAS vehicles inspecting power lines, hobbyists capturing vacation footage with the latest off-the-shelf drone from Best Buy, and Amazon Prime’s local drone fleet launching to make their daily deliveries.

The FAA recognizes the urgent need for a traffic management system that can monitor and direct all of these UAS with the same accuracy as the nation’s venerated air traffic control system.

NASA has been charged by the FAA to develop methods of monitoring and managing UAS traffic. Partnering with public and private entities, NASA’s UAS Traffic Management (UTM) program just completed the second part of a four-stage research project towards this goal.

"We don’t have a system in place that’s going to keep UAS safely separated from each other," says Tom Prevot, a NASA Ames Research Center engineer and UTM Program Manager. "And especially if we’re going beyond the line of sight of the operator, we don’t have all the bits and pieces right now in the airspace system."

Prevot says NASA’s research capabilities have served air traffic management well in the past. "Here at NASA Ames, we’ve built air traffic management prototypes for many years. Even when you’re flying out in the big aircraft, very often behind the scenes there’s original NASA technology that has been transitioned to the FAA," he says.

The latest operation involved multiple drone traffic management at six FAA test sites across the nation. Each test site flew a series of UAS missions that were monitored in real-time at the NASA Ames’ Airspace Operations Lab.

Once the team assesses the data gathered from this second phase, it will turn to the more complex challenges in the next two levels of the UTM program.

NASA’s Joey Rios, who serves as UTM Technical Lead, says, "we have work on the UAS platforms themselves, we have software development, we have simulation development. We have a lot of human factors work to figure out how to interact with these systems."

"We want to enable safe operations of these drones because there are just so many really valuable-use cases out there, whether it’s emergency medicine that you’re going to be delivering or infrastructure inspections" adds Prevot.

Among the private partners collaborating on the project are Intel, Google, AirMap, and Amazon Prime. 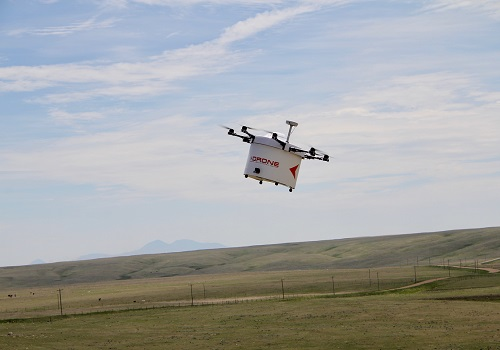 After receiving a Special Flight Operating Certificate from Transport Canada, Drone Delivery Canada (DDC) has become the first and only "pure play drone delivery company" to successfully complete beyond visual line of sight (BVLOS) test flights under the oversight of Transport Canada.

DDC’s Mission Control Centre in Toronto monitored and recorded telemetry for each flight in real time, from 2,500 kilometers away, as the flights took place in Foremost, Alberta.

The main systems tested during the flights were DDC’s proprietary FLYTE management system, its avoidance technology, and communications platform.

"This is a major milestone for our company," DDC President Richard Buzbuzian says. "With this success in hand, we now have greater visibility than ever before to operate commercially."

Tony Di Benedetto, CEO of DDC, adds, "the success of these flights now allows us to expand our testing with both new and existing clients that include large corporations and government organizations in Canada and abroad."

The successful flights give DDC a major boost in its drive to commercialize its drone logistics platform, as the flights proved that DDC’s BVLOS technical capability has now passed the most important landmark.

According to the company, it is set to become "the first and only drone logistics compliant operator approved by Transport Canada," which is expected to happen in Q4 of 2017, with commercial operations expected to follow in Q1 of 2018.

The flight, which used a 3G communication network to guide the UAS, was flown in France.

"In collaboration with RTE, we used for the first time in France a 3G network to guide the drone, allowing real-time communication from any distance," says Michael Lagarde, President & Co-Founder of Delair-Tech.

"This removes an important technological barrier. It is a first step toward making drones the most common method for inspections of infrastructure that stretches over large distances, such as power lines and pipelines."

The UAS was used to inspect RTE’s power lines, and record data that would allow RTE to build models of its European power grid.

"This first 30 miles BVLOS flight illustrates the RTE’s commitment to constant innovation that contributes to electricity that is safer, cheaper, and more respectful of the environment," adds Patrick Bortoli, Director of Maintenance at RTE.

"More flexible to use, the UAV offers a complementary solution to helicopter inspections for network maintenance conducted by the RTE."

Two pilots each were used for both the takeoff and landing phases of the flight. The flight was on autopilot, and the UAS was equipped with GPS data integration.

Delair-Tech and RTE were granted the right to use a specific flight corridor by the Directorate General of Civil Aviation (DGCA). A clear regulatory framework was also defined by the DGCA as well.